We all know that Taimur Ali Khan is a star baby and the toddler has become the center of attention like no other star kid. However, the constant updates and media attention towards Taimur has also resulted in netizens trolling the Khan family and calling out to the way the Khan family has been bringing up Taimur amidst the constant media attention. In the recent chat show that is being streamed online, Quick Heal Pinch by Arbaaz Khan, Kareena Kapoor Khan spoke about social media and Taimur in which she also slammed trolls about her son. 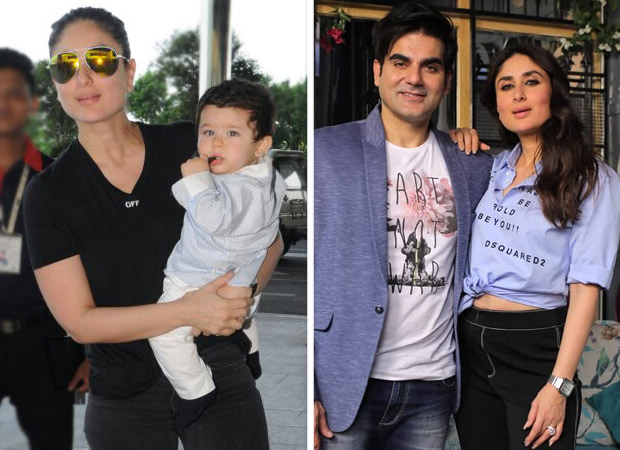 In this chat show, Arbaaz Khan aims at looking at the varied social media trolls that celebrities are often subjected to and what they have to say regarding the same. His first celebrity guest was none other than Kareena Kapoor Khan. While she herself is not on any social media under any official account, she is quite updated about these platforms [under fake identities] and is also quite aware of the kind of trolls that are directed towards her and Saif’s son Taimur is subjected to.

Speaking on that, Kareena was asked to reply to the trolls and Arbaaz presented her with some of these posts. One troll said, “Taimur aaj kal bhuka marr raha hai kya?” [Is Taimur dying of hunger?]. To the same, the doting mother had an apt response saying, “Bhuka kya marr raha hai? In fact kuch zyada hi kha raha hai aajkal, mota lag raha hai.” [What dying of hunger? In fact, he seems to be eating a lot these days. He has started to look fat.”]

She added, “You know every day there is a picture of Taimur and Saif because he goes to the gym with Saif. So once in a while it is fine but every day what is the reason that you see this child? He is two years old but you have to allow the person to live their life especially a child who is growing up.”