Well-begun, goes the saying, is half done. Regardless of how Ek Ladki Ko Dekha Toh Aisa Laga fares at the box-office, what is significant is that director and co-writer Shelly Chopra Dhar has got a perfect title for the theme of the film—of a  girl whose sexual preferences lie towards her own gender and her consequent struggle to make her own identity. 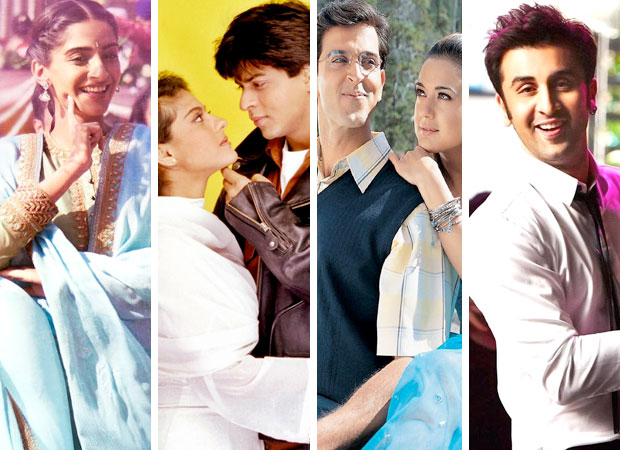 It thus spins Javed Akhtar’s 1994 cult song on its head, where Anil Kapoor (incidentally shown as the father of the girl played by real-life daughter Sonam Kapoor here) contemplates on the girl (Manisha Koirala) he has fallen in love with in that film. What makes it even more interesting is that the earlier song is from 1942—A Love Story, a Vidhu Vinod Chopra film. Vidhu, Shelly’s brother, is also the producer here and as Shelly puts it, “A strong creative force.”

So is it not extraordinary good luck that they had a song that encapsulates their story to perfection? “Absolutely!” replies Shelly. “The best thing is that it was not just a cult song in 1994 but also strikes a resonance with today’s youngsters.”

That perfect fit
Here are four more examples of how cult songs (that is, one level higher than hit numbers) fit perfectly, by default or design, into new films that also reached their level. The mandatory ‘Conditions Apply’ here is that the song has to be a huge hit of its time and yet fits the new hit film like a glove.

Dilwale Dulhania Le Jayenge: It was left to actress Kirron Kher, wife of Anupam Kher who played hero Shah Rukh Khan’s father, to suddenly get and suggest the perfect title for Aditya Chopra’s 1995 all-time hit. So perfectly did this title fit the story here that the credit titles acknowledged her role. And which was the actual song? It was the Rajkavi Inderjeet Singh ‘Tulsi’ written 1974 chartbuster, ‘Le Jayenge Le Jayenge / Dilwale Dulhaniya Le Jayenge’ from Chor Machaye Shor featuring Shashi Kapoor and Mumtaz.

Koi…Mil Gaya: Sameer’s chartbuster hit from Kuch Kuch Hota Hai (1998) was the perfect solution to the title hiccups (if any) of the Rakesh Roshan blockbuster five years later. After all, India’s first A-grade film on an ‘alien’ (there was a B-grade 1960s film named Wahan Ke Log earlier that bombed) needed the perfect touch as the protagonists Hrithik Roshan and Preity Zinta suddenly stumble upon Jadoo, the alien who has lost his way and cannot go back to his planet as his spaceship has left in a hurry!

This title also inspired a new and popular title-song written by Ibraheem Ashk in the 2003 mega-hit. And let’s face it; the film could not have been possibly named Alien, Jadoo, Wahan Ka Banda or anything else that would have been half as attractive, let alone fitting Roshan Sr.’s preference for titles beginning with ‘K’!

Om Shanti Om: It was director Farah Khan’s ingenious (and dare we say naughty?) streak that fashioned a funky yet fabulously apt title for her 2007 reincarnation drama that merged Karz (1980) and Madhumati (1958) as the inspirations for her mega-entertainer. Taking inspiration from the cult Anand Bakshi song from the 1980 film, she designed the story of Om (Shah Rukh Khan), a junior artiste in films who falls in love with top star Shanti (Deepika Padukone). Om and Shanti are bumped off by the baddie, but a second Om, his doppelganger, returns as his reincarnation to wreak vengeance.

Yeh Jawaani Hai Deewani: The audacities, crazy (Deewani) kinks and foibles of youth (Jawaani) led to the development of the plot in this Karan Johar production written and directed by Ayan Mukerji. As their individual and eccentric idiosyncrasies fuelled the turbulent romance of Ranbir Kapoor and Deepika Padukone, Anand Bakshi’s cult number from Ranbir’s uncle Randhir Kapoor’s 1972 hit Jawani Diwani became the perfect summary of this 2013 blockbuster.