When you are in Goa, you chill as much as you work! The cast and crew of Coolie No. 1 are definitely having a gala time over there. We earlier showed you how the father and the son headed to the beach in an ATV. Daddy Dhawan occupied the driver's seat while Varun was seen flashing a broad smile. 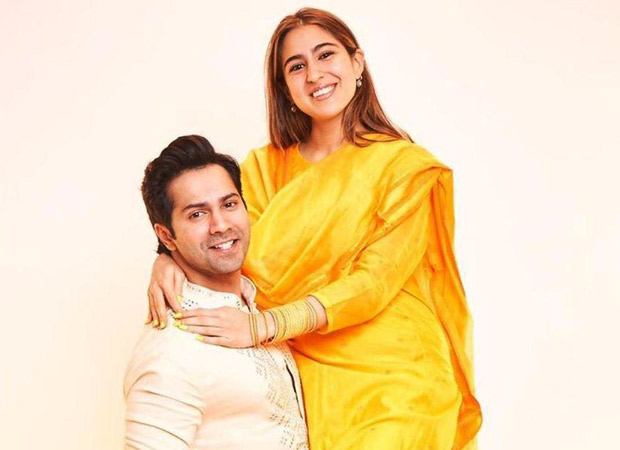 Now, we have got our hands on a video wherein the entire team enjoys a jeep ride on the beach. Varun and Sara, accompanied by the crew, are all seen in a jovial mood. We also get a glimpse of the pretty scenery! Watch the video below.

A couple of days back, Sara also shared a handful of photos of herself enjoying a gorgeous sunset by the sea.

In the film, Sara's character reportedly hails from Goa. The team is presently shooting for a romantic song. We hear the song is a recreation of an old, iconic song that was much loved by the audience However, it has been kept under the wraps as to which song they are filming. We earlier heard that 'Husn Hai Suhana', a song from the original Coolie No. 1 would be recreated for the remake.