Actress Kajol who was last seen in the historical drama Tanhaji: The Unsung Warrior opposite Ajay Devgn will next be seen in the short film titled Devi. Kajol plays the role of Jyoti, a character which the actress says is vastly different from her in many ways but uncannily share a lot too. Kajol took to Instagram to share a hard-hitting poster of the film which features her and eight other actresses’ including Shruti Haasan and Neha Dhupia. 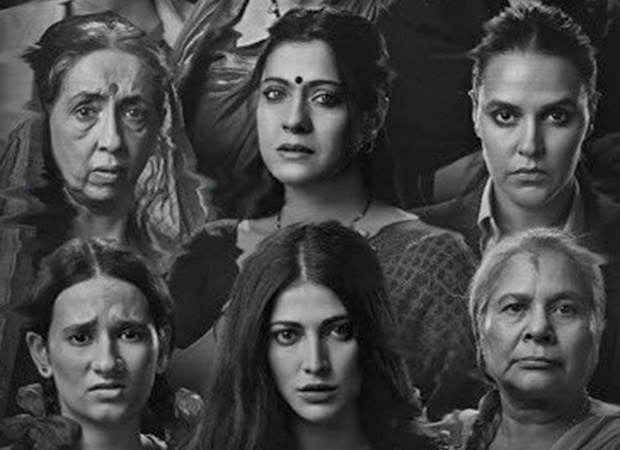 Sharing the poster, Kajol wrote, "A tale of nine women navigating through an unusual sisterhood thrust upon them by circumstance. The teaser of our powerful short film drops on 24th February 2020!"

Devi is perhaps the first short film that boasts of a cast of 9 actresses, starring Kajol, Shruti Hassan, Neha Dhupia, Neena Kulkarni, Mukta Barve, Sandhya Mhatre, Rama Joshi, Shivani Raghuvanshi, and Yashaswini Dayama. Devi is the story of nine oppressed women, from different strata of society, living a small room, faced with the dilemma of sharing their space and stories in a country all too used to tragedy & pain.

Barring the producers, Niranjan and Ryan, the art director, Sriram Iyengar (Bajirao Mastani, Namaste England & Tanhaji - The Unsung Warrior), most of the crew was an all-women crew; Sarita Singh as DOP and Line Produced by Ritika Bajaj of Indian Storytellers. The teaser of the film will be out on February 24.