Zero team of Shah Rukh Khan, Anushka Sharma, Katrina Kaif and Aanand L Rai are promoting their film nonstop. The Zero stars and director have only one day to go for the film's release and making sure they are enjoying the process to fullest. Meanwhile, R Madhavan dropped by to some conversations and samosas. 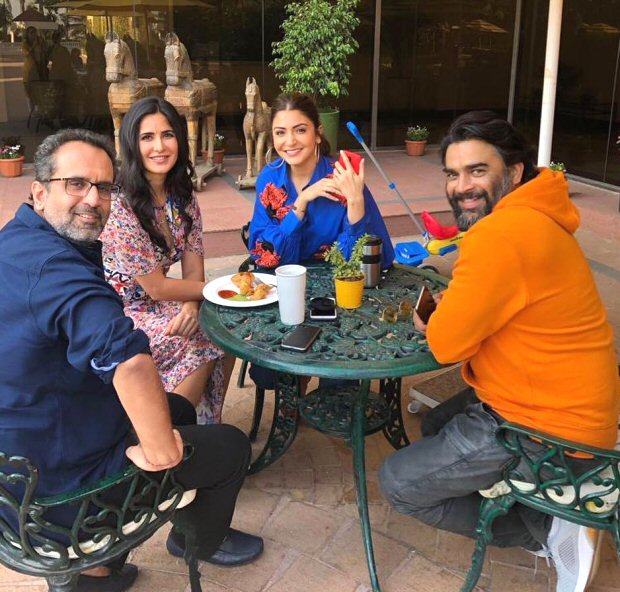 On Wednesday, Katrina Kaif shared a picture of herself with director Aanand L Rai, Anushka Sharma and R Madhavan chilling together in between Zero promotion break. She captioned the image, "Conversations and some samosas." Madhavan responded on Twitter and wrote, “All the GOOOOOOOD VIBES AND LUCK.”

R Madhavan, who has earlier worked with Aanand L Rai for the successful franchise of Tanu Weds Manu, would be seen in a special appearance playing an important part of Aafia aka Anushka Sharma’s life.