Last Updated 04.06.2020 | 8:45 PM IST
feedback language
follow us on
Home » News » Bollywood Features News » Bollywood News This co-star of MOM Sridevi will feature with Janhvi Kapoor in the film Gunjan Saxena biopic and the actress is super excited about it!

The last film of late actress Sridevi titled Mom about a stepmother avenging the rape of her stepdaughter went on to win many acclaims and accolades. In the said film, the character of Sridevi’s younger daughter was played the child artist Riva Arora. The young actress will now also act with Sri’s real life elder daughter Janhvi Kapoor in the forthcoming Dharma film, the biopic based on the life of Indian Air Force officer Gunjan Saxena. 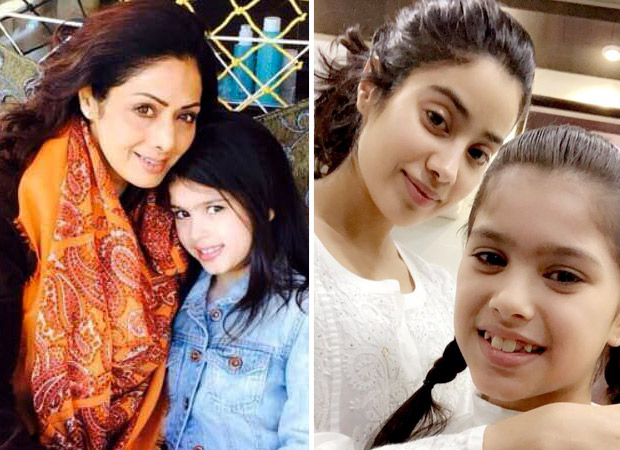 Not too long ago, it was announced that Janhvi Kapoor, who made her debut with Dhadak, will be featuring as the leading lady in the forthcoming film based on IAF officer Gunjan Saxena. The actress will be playing the titular character. And now we hear that the young artist Riva Arora too has joined the actress in shooting the said untitled venture. In fact, Riva Arora, who owns an official Instagram page, posted about the same in it.

She said, “With Janhvi Kapoor Lovely personality Same i met her during MOM movie shoot And today shooting with her time changes but some people never change Same love same sweetness full of life Proud working with amazing personalities Thank u sonal di for recommending me and thank u casting director jogi sir for casting me.” Here’s a look at the post:

Not too long ago, we had reported that Angad Bedi has been got on board for the biopic and he will be essaying the role of Gunjan Saxena’s brother. The film highlights the bravery of Saxena who became the first Indian Air Force pilot to have helped the injured soldiers during the Kargil War. We also hear that the role of Janhvi Kapoor’s father will be essayed by veteran star Pankaj Kapur.