The 53rd edition of the International Film Festival of India, held in Goa, made headlines for various reasons. From premiering some of the best films released this year to honouring legendary actors and filmmakers, the event grabbed everyone’s attention effortlessly. Among many other stars of the Indian film industry, actor Chiranjeevi also attended IFFI. While taking over the stage, Chiranjeevi spoke about his “friend”, actor Akshay Kumar and how he is competing with Ram Charan. 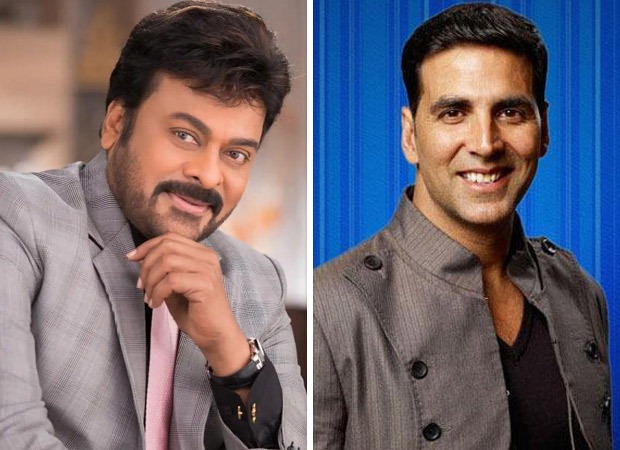 Chiranjeevi showers love on Akshay Kumar; says, “He is my friend yet competing with my son Ram Charan”

In a video, Chiranjeevi said, “My friend Akshay Kumar is here. Recently, my son, Ram (Charan) and Akshay shake their legs during one of the TV shows. He is my friend yet now he is competing with my son. That is the strength and energy of Akshay Kumar. Wonderful my friend.” Meanwhile, Akshay Kumar can be seen expressing his gratitude for Chiranjeevi’s words.

For the unversed, here, Chiranjeevi was talking about a recent media conclave, HT Leadership Summit, where Akshay and Ram extensively spoke their mind on cinema. During the event, the duo also danced to each other’s songs, including ‘Tu Cheez Badi Hai Mast Mast’. The videos of them dancing together went viral in no time.

Coming to their respective professional front, Chiranjeevi was last seen in GodFather, which was released on October 5, whereas Akshay Kumar’s last theatre release was Ram Setu. Khiladi Kumar has a bunch of projects in his kitty, including the sequel of OMG! Oh My God and the Hindi remake of Suriya starrer Soorarai Pottru, opposite Radhika Madan. Talking about Ram Charan, he recently wrapped the New Zealand schedule of RC15. In his upcoming film, he will reunite with Kiara Advani.

Also Read: SCOOP: Akshay Kumar’s OMG Oh My God 2 deals with sex education; the actor confirms that it’ll release in April or May 2023