Sonam Kapoor Ahuja is known for her flamboyant sense of fashion. She consistently provides us with not only outstanding high fashion outfits but also instantly enthralling beauty ideas. Her elegance, composure, and finesse make every outfit she puts together look elegant. She is the first Bollywood style icon. The performer often leaves her admirers wanting more, whether it is with her avant-garde wardrobe choices or her red-carpet appearances in high-end couture labels. Sonam is the Bollywood trendsetter to watch out for because her style ticks all the right boxes: elegant, diverse, and adventurous. 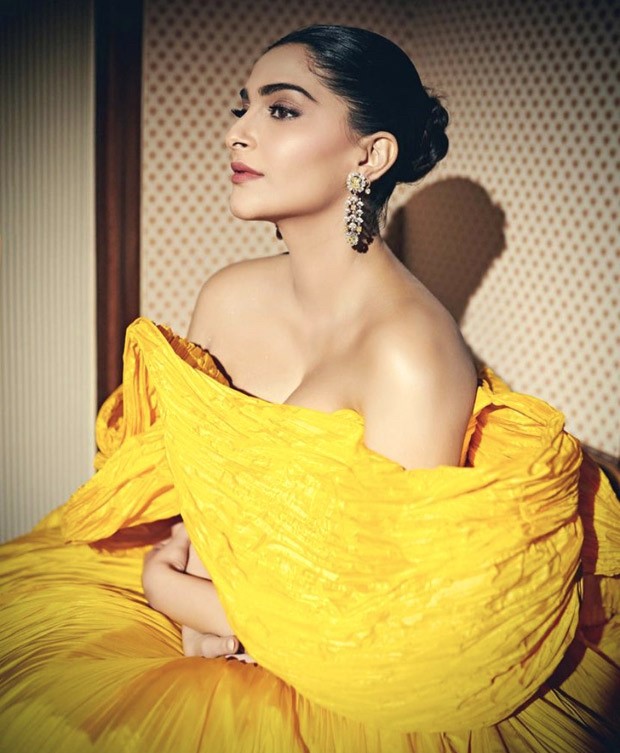 Bollywood's undisputed fashion icon is Sonam Kapoor. She has always been able to look beyond words and captivate her followers with her incredibly fashionable appearance. Sonam was and will always be a slayer, whether it was in the airport or on the red carpet. The actress is back at her favourite place to work barely three months after giving birth to her first child with husband Anand Ahuja. In Jeddah right now, the Red Sea International Film Festival is taking place, and the red carpet has been graced by a number of Bollywood stars, including Shah Rukh Khan, Kajol, Priyanka Chopra, and Kareena Kapoor Khan. Sonam Kapoor resembled nothing less than an abundantly blossoming, bright yellow flower. We are in love with her effortless style, and we cannot get enough of this outfit. Sonam decided to dress all in yellow for the Vanity Fair gala. She was dressed in a dramatic, structured yellow gown by Sara Mrad, and it was stunning. The beautiful marigold dress had an off-the-shoulder design with a wavy dramatic collar embracing the shoulders and a dramatic neckline, which quickly emphasised the entire style. The dress has puffed elements in the spectacular skirt and a statement waist with ruched detailing. 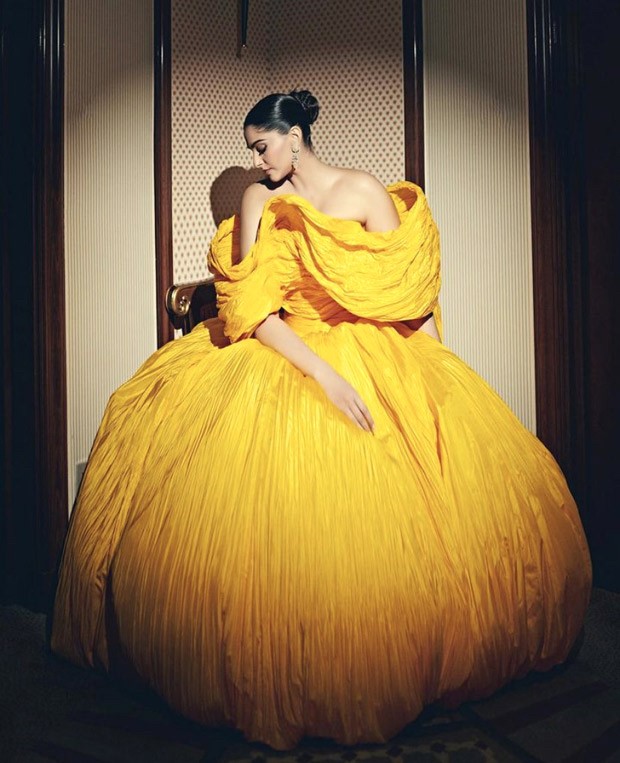 We adore how the actress allowed her gown be the focal point of the ensemble while choosing to balance it with a sleek bun, drop earrings, and makeup that complemented the shine of the outfit. Sonam made a stunning impression with blush-toned makeup, winged eyeliner, a brown lip colour, and a thick layer of kohl. 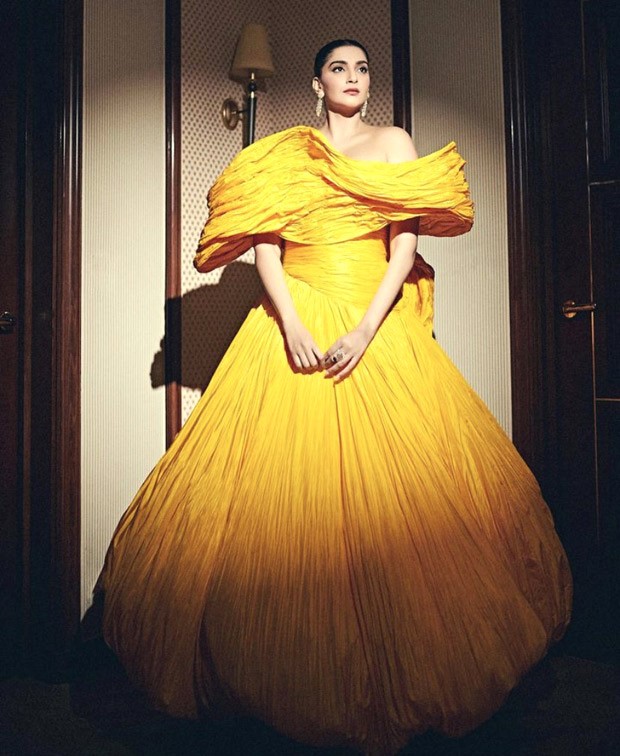