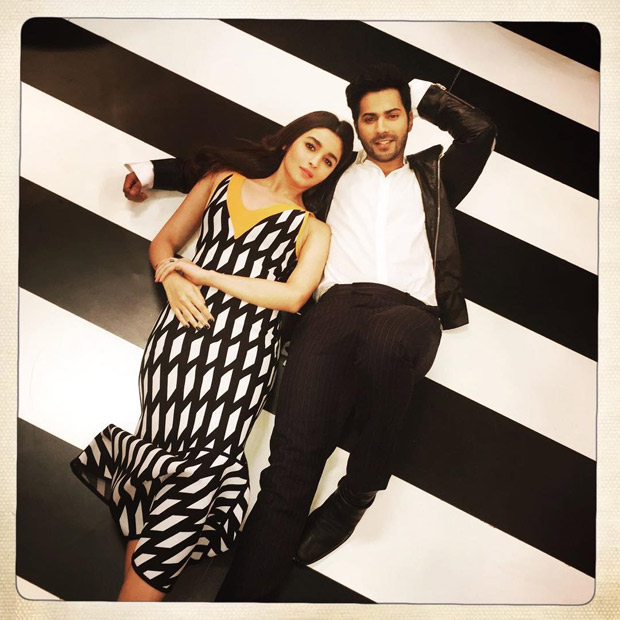 Each week on Sundays the TV audience is treated with a glimpse into the otherwise private lives of celebrities on the popular chat show Koffee With Karan. Currently in its fifth season, the show hosted by filmmaker Karan Johar has brought us hours of entertainment with celebrities like Akshay Kumar, Twinkle Khanna, Arjun Kapoor, Ranbir Kapoor, Shah Rukh Khan, Hrithik Roshan and a host of others gracing the show. Well now we hear that after this week’s episode which is slated to feature the father-son duo of Jackie Shroff and Tiger Shroff, the next episode will feature Badrinath and his Dulhania aka Varun Dhawan and Alia Bhatt. 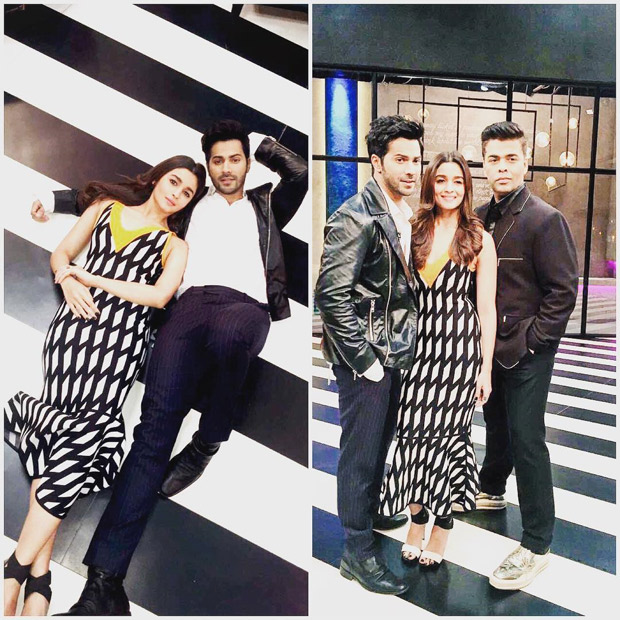 Posting an image from the sets of the show on Instagram, Alia shared an image of Varun and herself posing on the striped floor, the same one Katrina Kaif had opined about while she was on the show, saying, “We swapped the couch for the floor this time. Koffee with karan round 2 with Badri.” Simultaneously, Varun took shared a similar image on Instagram, but this time he combined it with another that featured the host Karan Johar too. “Badri @karanjohar and the dulhania #koffeewithkaran special episode. Coming soon”, posted Varun.