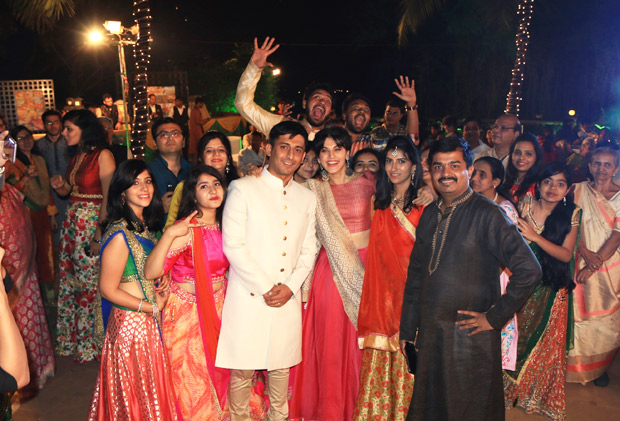 She won accolades and appreciation for her performance in the last year’s release Pink and now Taapsee Pannu is gearing up for Running Shaadi.com. And recently the makers decided to promote the music of the film in a unique way. Taapsee Pannu decked as a baarati looking pretty in pink and red took an entire wedding function by surprise when she almost gate-crashed a wedding ceremony.

At a suburban hotel in Mumbai, with limited intimation to the bride's parents, Taapsee Pannu reached decked in Indian attire to surprise the to be bride and groom who were celebrating their traditional sangeet ceremony. To everyone's surprise including the guests and the pair, Taapsee intruded the event, shutting down the music and soon took centre stage explaining everyone the purpose of her visit. The intrigued guests gathered and Taapsee invited the guests to shake a leg with her on the song of her soon to be released film - Running Shaadi.com with Amit Sadh. The song titled ‘Dimpy De Naal Bhaage Bunty’ was the first song released last week from the movie and already garnered close to two million views since then. Sung by the vocals of the iconic Punjabi singer, late Labh Janjua, the guests and the family danced with much joy with Taapsee. 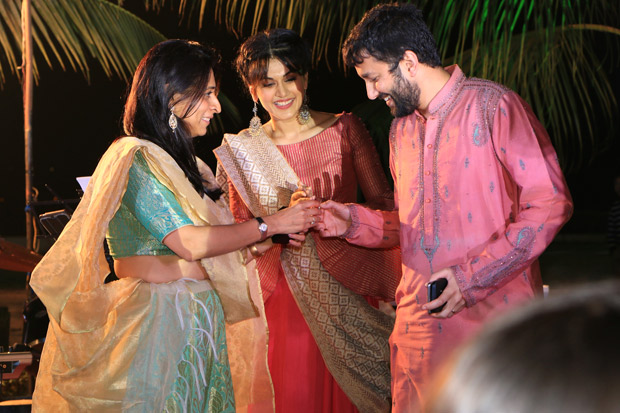 Speaking on promoting the film and its music in such an innovative way, Taapsee said, “I was so thrilled and slightly nervous to execute this idea. Nothing can be more special to play the first song of our film in a real ‘shaadi’. I took the risk of gate crashing the sangeet ceremony and to my surprise the guests there welcomed me with equal enthusiasm. The bride and groom had no idea about my visit so the best thing was to notice their expressions. They were totally taken back. The entire gathering danced with me on my song. A Gujarati wedding but the way they did a Punjabi jig was priceless. I shall remember this experience for a lifetime because this is the first time ever I have gate-crashed a wedding function.”

The next song sung by Bappi Lahiri will hit the Internet later this week. Directed by Amit Roy, Running Shaadi.com is slated to release on February 17.