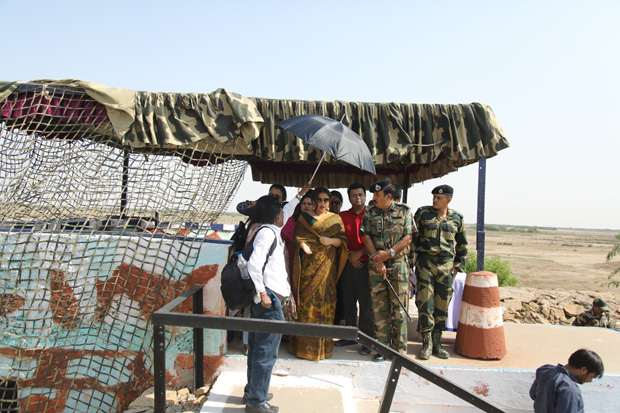 In line with the irrepressible “Main Kar Sakti Hai” spirit that exemplifies Sulu’s curious and fun-loving character in the forthcoming film, Tumhari Sulu, Vidya Balan made it to the heavily patrolled India-Pakistan border.

Last Saturday, Vidya Balan, who was in Gujarat to promote her film, made it a point to drive for 150 km from Bhuj through the broken parched earth of the Rann of Kutch to the desolate Vigakot outpost of the Indian army. There isn’t much information about Vigakot in public domain in light of its sensitive position on the India map, but Sulu kar sakti hai, so having secured the necessary permit; she made it to the border outpost (BOP) Mohan 1111, despite a harsh overhead sun. 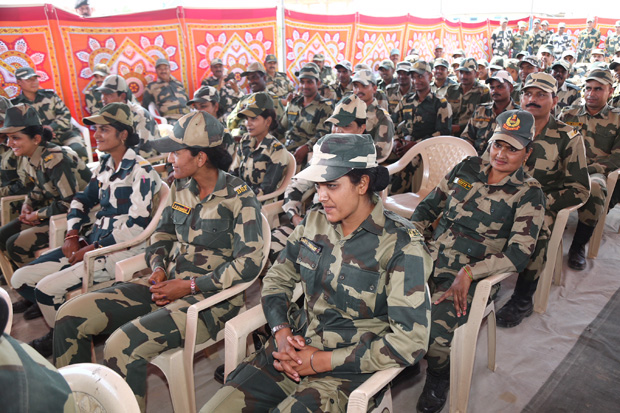 Wearing a stunning hand-woven sari and flowers adorning her hair, Vidya enthralled the battalion with her charm, warmth, and simplicity. Much to their excitement, she communicated with jawans from different parts of India using a smattering of their local language, which included Bengali, Manipuri, and Odishi. One of the lady jawans even rendered a patriotic anthem, leaving Sulu teary-eyed.

To lighten the mood, she taught fifteen BSF lady constables the signature move from the chartbuster, 'Hawa Hawai 2.0' song in Tumhari Sulu and recited the famous call-for-action line seen in the film’s trailer in her characteristic seductive tone. The jawans, who, by now, were in no mood to let their endearing Sulu leave, insisted on her staying back for some more time while they rustled up hand-made sandwiches, pulao and paneer for lunch. 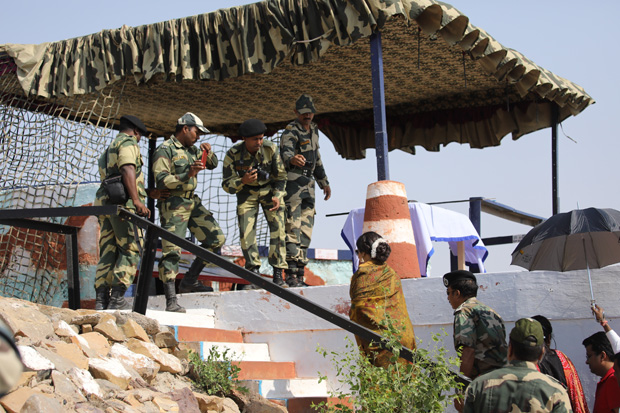 Finally, senior BSF members escorted Vidya Balan and her entourage, under tight security, right up to the actual border between the two countries. Further across the fence, lay the Tharparkar district in the Sindh province of Pakistan.

"Where do I even begin? Meeting the BSF Jawans at the border has been a humbling privilege and an incredible experience. We are screen heroes, but THEY are the REAL heroes. Such simplicity, zeal, and dedication; a big hats off to them for enabling us to lead our lives without fear," says Vidya.