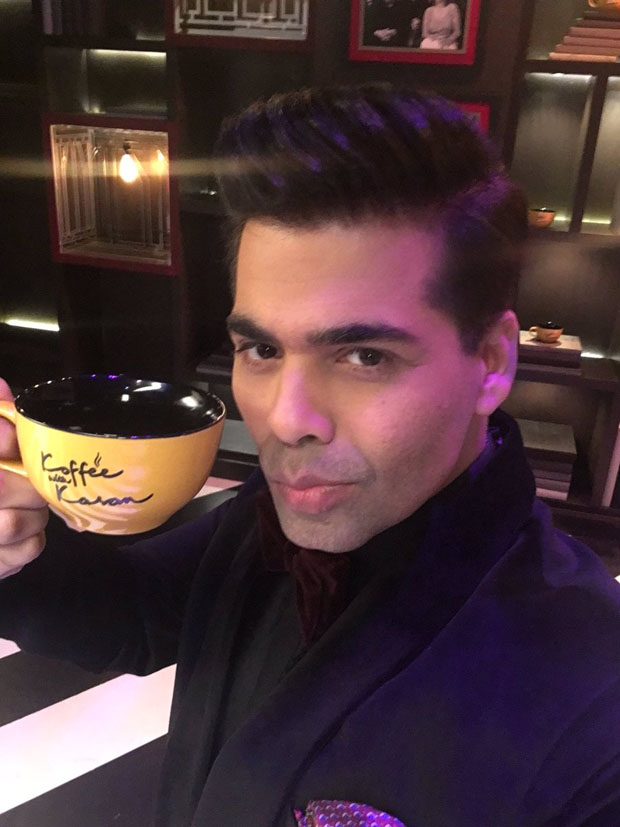 As controversies continue to plague Karan Johar because of Fawad Khan’s role in the film Ae Dil Hai Mushkil, the filmmaker has now decided to shift his attention towards his role as an anchor for Koffee With Karan. The popular chat show that has celebrities being grilled as they make confessions, let out secrets and give away scoops of gossips is all set for the fifth season this year.

In fact, Karan Johar recently took to social media to announce that he has started shooting for the promo of the chat show today, on October 1. The director-producer shared a picture on Twitter saying, “Started the #koffeewithkaran shoot today...shot the promo! This Season...things are hotting up.... @StarWorldIndia.” While last season saw celebrities like Salman Khan, Akshay Kumar, Emraan Hashmi making their appearances for the first time on the show, this time around too it promises to have a unique touch to it.

Like the other seasons, Koffee with Karan Season 5 will go on air on Star World. It promises to be bigger and better with more banter, candid conversations oozing with glamour and style, and some scintillating not-so-secret confessions.