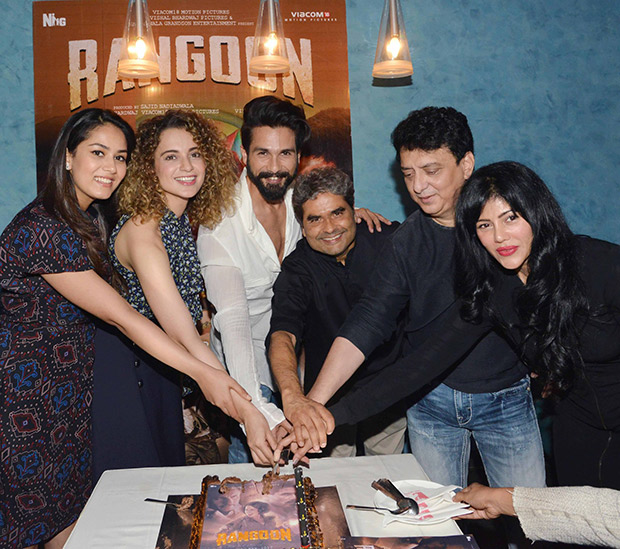 Shahid Kapoor, Kangna Ranaut and Saif Ali Khan are gearing up for the release of their period drama Rangoon. A special screening for the friends from the industry was organized by the makers on Wednesday evening.

Many celebrities including Sonakshi Sinha, Kriti Sanon, and Sushant Singh Rajput attended the special screening to support the cast. Shahid, Kangna joined director Vishal Bhardwaj and producer Sajid Nadiadwala to kick-start the celebrations by cutting a cake. But, Saif Ali Khan was missing out on all the celebrations due to prior commitments.

Directed by Vishal Bhardwaj, Rangoon is based in the backdrop of World War II and talks about love, war and deceit. The film releases on Feb 24, 2017.