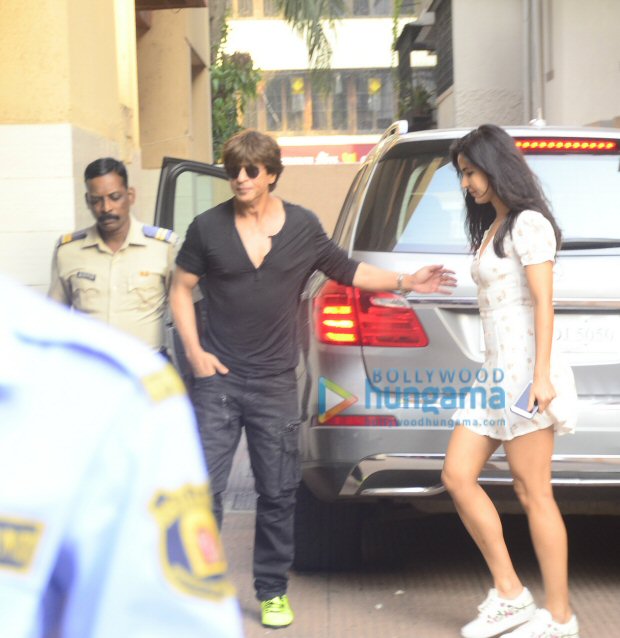 It is known, by now, that Jab Tak  Hai Jaan stars Shah Rukh Khan and Katrina Kaif will be reuniting for Aanand L Rai’s yet untitled film. In the film, SRK would be essaying the role of a dwarf. While the shooting has begun, Katrina Kaif returned from Greece after completing Tiger Zinda Hai to resume shooting of Aanand L Rai's film. 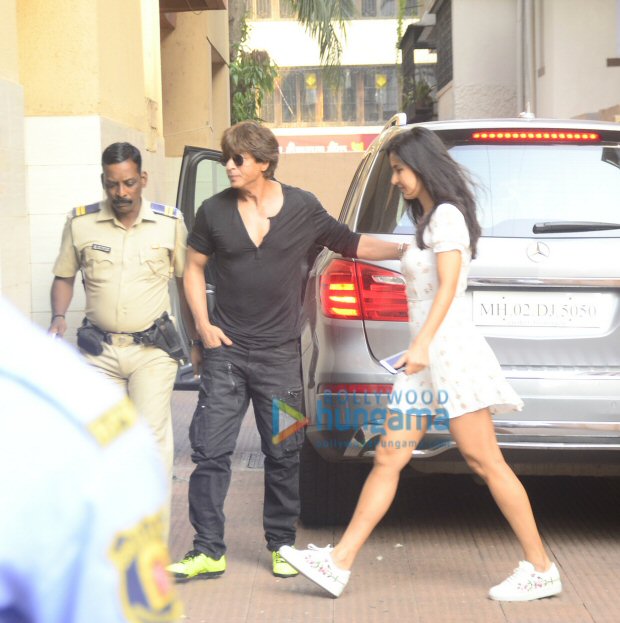 On Sunday noon, Shah Rukh Khan, Katrina Kaif and the film’s director Aanand L Rai were spotted together at a suburban restaurant Bastian for lunch. In some pictures snapped by the paparazzi, SRK was seen escorting Katrina Kaif to the restaurant. While SRK was donning all black casual attire, Katrina wore a white dress with sneakers. 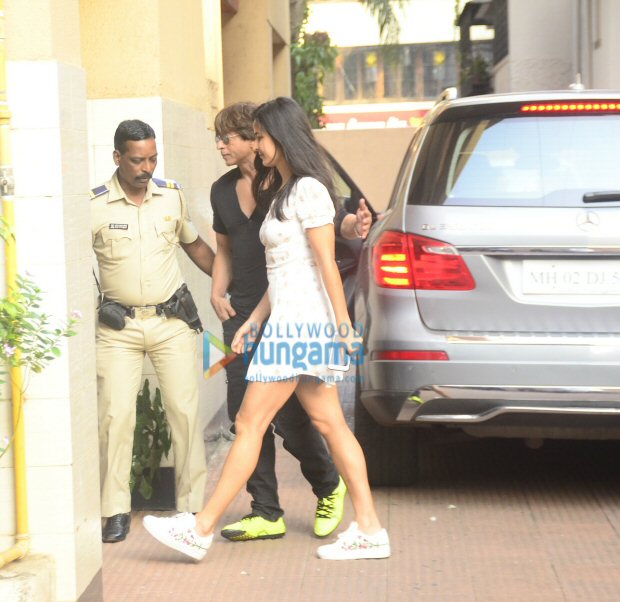 While Katrina Kaif has begun the shooting, the other lead actress Anushka Sharma is yet to start filming. The film will be a big reunion of Jab Tak Hain Jaan stars Shah Rukh Khan, Anushka Sharma and Katrina Kaif. This happens to be Katrina’s second film with SRK whereas it is Anushka’s fourth film with the superstar. 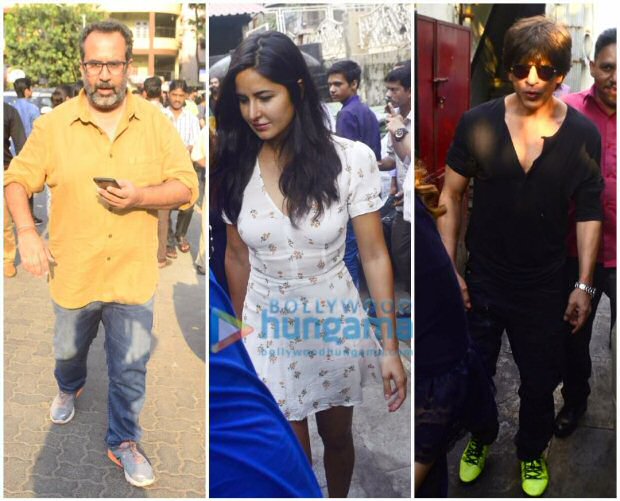