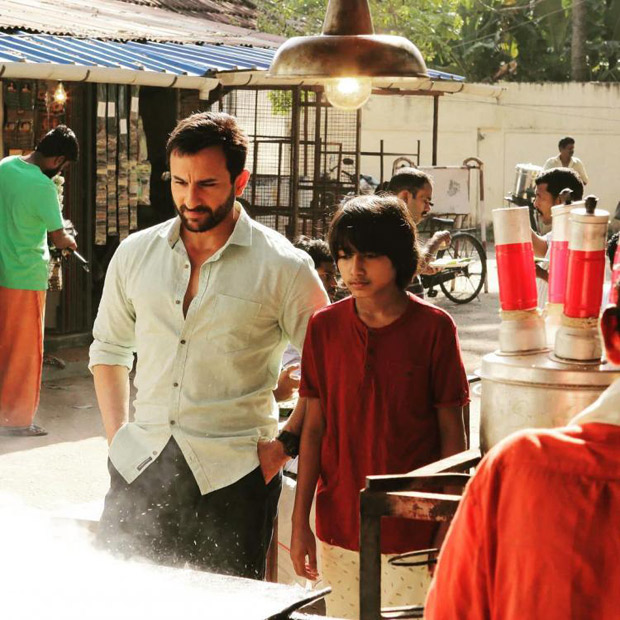 Saif Ali Khan had been very busy with the promotions of his recently released film Rangoon.  The actor has resumed shooting for the same as well. Now, moving on to his next film Chef, Saif Ali Khan will be showcasing some of his cooking skills in this film.

While the movie is still being filmed, a new still is out where Saif Ali Khan is seen having a conversation with Svar Kamble at a food stall who plays his son. The film has been shot in various places in India as the story follows the life of a chef who travels and tries out new cuisines.

Directed by Raja Menon, Chef is a Hindi remake of the Hollywood movie of the same name which starred Robert Downey Jr., Jon Favreau and Sofia Vergara. It is scheduled to release on July 14, 2017.

The contestants plan a special feast for…

Saif Ali Khan says that he liked the trailer…