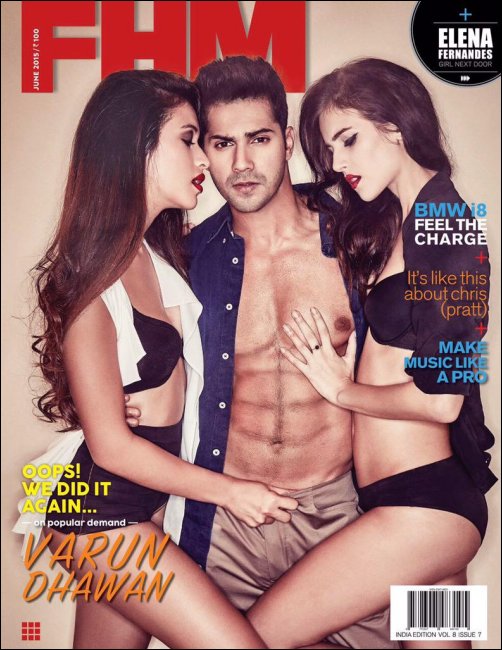 It seems like the popular men's magazine FHM has decided to indulge the fantasies of their female fan following. In fact the latest issue of the magazine features none other than Varun Dhawan on the cover for the month of June.


Flaunting his six pack abs on the cover, Varun Dhawan who will next be seen in the soon to release film ABCD 2 - Any Body Can Dance 2, is flanked by two equally sizzling models. While Varun has previously appeared as the cover boy on other magazines, this will be the first time he features on FHM. In fact the actor even tweeted his enthusiasm about the cover saying, "First time made it to the cover of FHM. Shot by the twisted talented man himself @RohanShrestha. Thank u girls".


If that wasn't enough the magazine also features an equally sizzling feature with Varun Dhawan enjoying all the attention from the lovely ladies. Apart from this, the latest issue also features pieces on the new BMW i8, the Jurassic World actor Chris Pratt and how to make music like a pro.