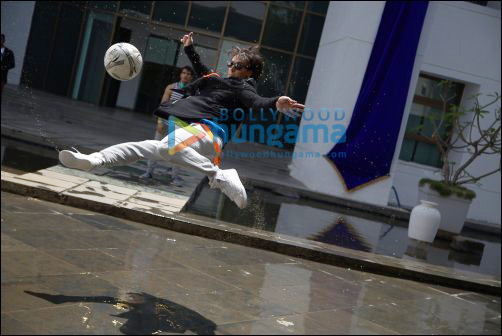 Since his Bollywood debut this year (Heropanti), if there is one thing that differentiates Tiger Shroff from others is his super flexible moves in dance and stunts.

After winning awards, the actor has now decided to connect to the youth in a different way apart from films and is a part of a single 'Zindagi Aa Raha Hu Main', dedicated to the Gen

Produced by Bhushan Kumar and choreographed by Ahmed Khan, Tiger Shroff is seen dancing on a slippery floor with spins and jumps up in the air. Elaborating on the experience of shooting for these

smooth dance moves, the actor said, "It was a real challenge to shoot this song because physically I have never pushed myself this hard. The steps were quite complex and we had a lot of shots on

the wet floors so the leaps and spins were slightly risky but thankfully we managed to pull it off."

A source further added, "Tiger had discussed this idea with Ahmed Khan who connected him to Bhushan and in no time Bhushan converted his idea into a single; composed by Amaal Mallik and sung by the

talented Atif Aslam. Tiger wanted to reach out to the youth and convey that everyone should pursue their dreams and never get de-motivated. He also thanks his fans who have supported him through

On the other hand, producer Bhushan Kumar said, "The single 'Zindagi Aa Raha Hu mein' is a very motivating track dedicated to the youth of today. Tiger has done a wonderful job with Ahmed's

choreography and Atif Aslam's voice, who too is a part of this single."