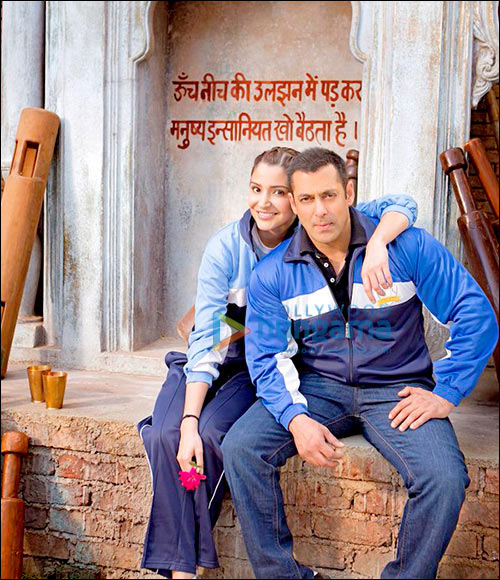 The duo will be seen playing the role of wrestlers and were seen in their sporty outfits which they will be donning for the film. They also captioned this image saying, "Haryana ka Sher aur Haryana Ki Shaan ka ghana ishq hai takkar ka. This #ValentinesDay, celebrate the love of equals." Though not much is revealed about the film, we hear that it will trace the journey of the wrestler Sultan Ali Khan from his young days as a struggler.

Directed by Ali Abbas Zafar and produced by Yash Raj Films, Sultan is slated to release during Eid next year.