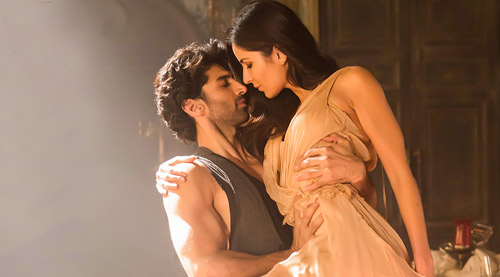 It is expected to be an even bigger flop than last year's Bombay Velvet. It looks like literary adaptations are not quite Bollywood's cup of tea. Last year Anurag Kashyap floundered with his adaptation of Ved Prakash's novel Mumbai Fables. This year Charles Dickens gets short shrift in Abhishek Kapoor's Fitoor.


Now that the eagerly-awaited film has opened to a dismal box office response, trade experts are looking at losses of approximately Rs 40 crores, and more.


Says a leading trade expert who wishes to go unnamed, "The film cost Rs. 70 crores to make. Director Abhishek Kapoor's fee alone was Rs 10 crores. Now on release Fitoor has been rejected outright by critics and audience. The collection will only get worse as the days pass."


Experts say it's the director's ego that has proved the biggest damper. "After Kai Po Che Gattu (Abhishek Kapoor) was hot property. He wanted to do a take on Charles Dickens' Great Expectations for the longest time, from even before he made Kai Po Che. But no studio was willing to back an old fashioned literary adaptation. So he waited because he wanted to make it with a big star. After Kai Po Che he approached UTV .They suggested he do Fitoor with his Kai Po Che star Sushant Singh Rajput. But Sushant had date clash with Shekhar Kapoor's Paani. Instead of waiting Gattu stormed out, and signed Aditya Roy Kapoor."


During the film's shooting he also had a fall-out with Rekha who was overnight replaced by Tabu. According to sources, Kapoor gave Rekha enough reason to opt out of the project.


"She was literally pushed out, for whatever reason. Unnki bad-dua lag gayi," says a source in the know.


Another unnamed trade analyst says Fitoor is likely to be a bigger loss than it appears to be now. "In the long run it will lose even more money than Anurag Kashyap's Bombay Velvet. This is the second setback for UTV in a row after Tamasha."