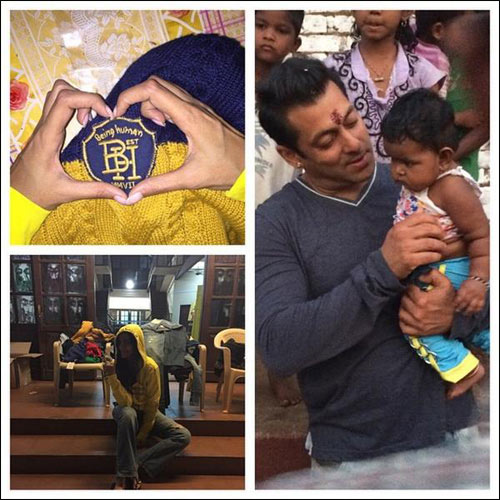 Many Bollywood celebrities have expressed their gratitude towards Salman Khan for his generous nature. While he is the man behind launching new faces in the film industry, the actor is also known for his charitable work that he accomplishes with the help of his foundation Being Human.


Actresses, from Priyanka Chopra to Rani Mukerji, a lot of them have extended their support towards the initiative and Sonam Kapoor is no different. In fact, Sonam Kapoor has always been an active participant in such matters and she was more than happy when she spotted the special goodies of Being Human on the sets of Prem Ratan Dhan Payo. The actress was shooting with Salman Khan for the film and when she received these goodies from the foundation, she immediately took to Twitter to post about it. She wrote, "guess who got tons of #beinghuman goodies today!! thank you @beingsalmankhan you truly are the #huMAN always!!"


Sonam Kapoor plays the role of a princess in the upcoming Sooraj Barjatya directorial, whereas, Salman Khan will be seen in a double role. The rest of the cast include Anupam Kher, Swara Bhaskar, Neil Nitin Mukesh, Armaan Kohli among others. Produced by Fox Star Studios, Prem Ratan Dhan Payo is slated to release on November 1, 2015.