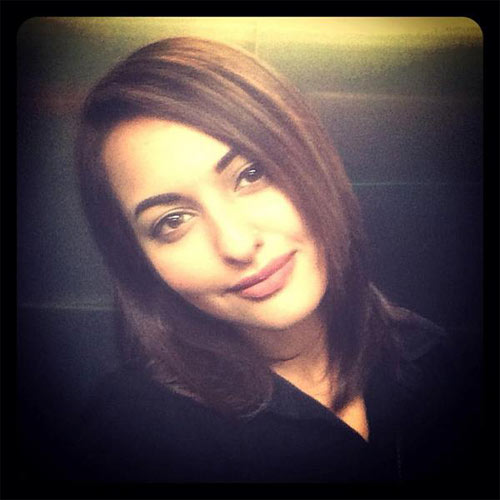 Often known for her desi avatar in Bollywood films, Sonakshi Sinha had one of those envious luscious long hair that added to the charm and grace of her traditional looks. But it seems that the actress is now planning to try something new with her looks.


Recently the actress took to Twitter to give a glimpse of her new hairstyle. Excited about her short hair do, Sonakshi Sinha posted on her Twitter handle saying, "Hair today, gone tomorrow! Short hair!!! After yeeeaaarrrsss! #excitedmeinedda thanks @kantamo @KromaKaySalon." While she was all praises for the one who was responsible for the amazing hair cut, her fans, friends and colleagues too were glad to see Sonakshi in a new avatar.

In fact, producer and friend, Ashvini Yardi too posted a picture of the actress in the same hairstyle and posted on the micro-blogging site, "Love @sonakshisinha's new haircut...it's so chic Sona..fab!"


Sonakshi Sinha who will soon be seen in Action Jackson, will also be making her South debut with the Rajinikanth starrer Lingaa and she will also be starring alongside Arjun Kapoor in Tevar.