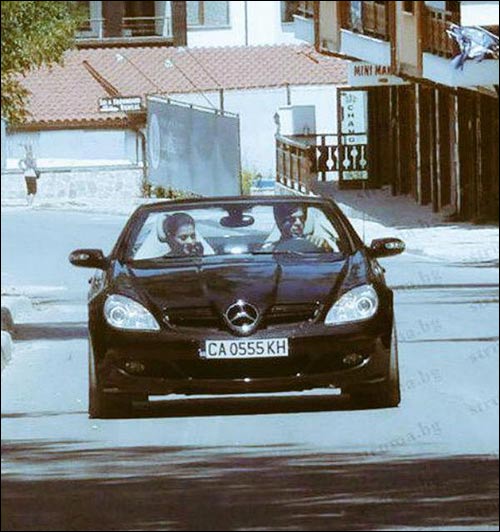 Fans have been swooning over the fact that their favourite couple Shah Rukh Khan and Kajol are finally getting back together on screen after five years for Rohit Shetty's Dilwale. Every picture of the two from the sets of the film has only added to the curiosity and since the time the cast and crew have landed in Bulgaria for the shoot, many pictures from the sets of the film are going viral.


Amidst many pictures that promise to bring back the sizzling chemistry of the Shah Rukh -Kajol duo, here's yet another one where in we see the couple enjoying a drive in a black Mercedes on the sets of the film. This recent picture has currently gone viral on many social networking sites.


Produced by Red Chillies in association with Rohit Shetty Productions, Dilwale also stars Varun Dhawan and Kriti Sanon in lead roles and is slated to December 18.