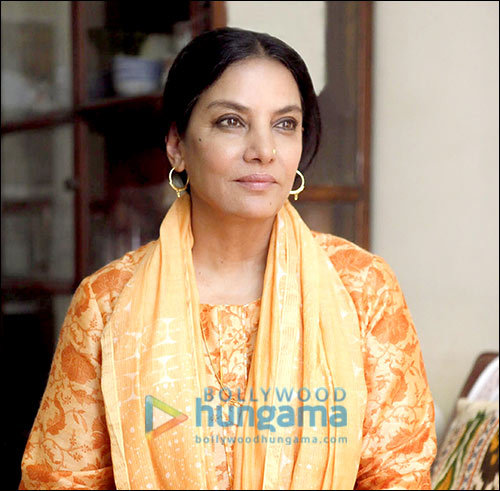 Shabana Azmi has been roped in to play the role of Neerja Bhanot's mother in the biopic Neerja essayed by Sonam Kapoor. Ram Madhvani's directorial debut, Neerja has been in the news from the day this biopic has been announced. Sonam plays the role of Neerja Bhanot, the daredevil flight attendant of PanAm, who lost her life trying to save the lives of passengers from terrorists on board the hijacked PanAm Flight 73 on September 5, 1986.

On playing the role of Neerja's mother, Shabana Azmi says, "I had the good fortune of meeting Ramaji in person last year when I was invited to Chandigarh to present the Neerja Bhanot award. She is lovely and we get along really well. When I was offered the role, I felt it was because of special connection we made. Sonam Kapoor is daughter of Anil and Sunita who have been very close friends for more than 30 years. I have watched her grow up and I have deep affection for her. Last but not the least I look forward to work with Ram Madhvani who has been friend of many years and whose taste for cinema I share."

"I have been an avid fan of Shabana Azmi from the beginning of her career. Our connect is immediate and deep because of the kind of cinema we both believe in. When people ask me who is acting in Neerja, I am always proud to say Shabana Azmi. I get rubbed off glory of by saying so. I am privileged that Shabana agreed to act in the film," says Ram Madhvani.

Neerja posthumously became the youngest recipient of India's highest civilian award for bravery, The Ashok Chakra. She was only 22 when she passed away.

Sonam Kapoor is all about power-dressing as…