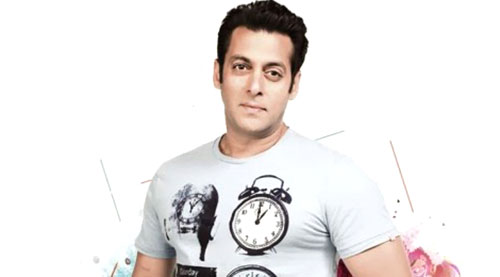 what's right (and absolutely wrong) in the world of social media. While Bollywood folks have traditionally used Twitter

as a platform for engaging with their fans and followers while also promoting their (and their colleague's) work, seldom

does one find them sharing nuggets of wisdom 'straight from the heart'. Though at times there is a pearl or two shared, a

direct 1-to-1 thought process sharing has been absolutely rare.

celebrities, Salman Khan did something unthinkable. In a series of more than 20 back to back tweets addressed to his

fans, he ended up sharing some Management lessons of his own too which are not just beneficial for the Twitter world but

Here is presenting these lessons with a cluster of Salman's tweets (presented as-is).

n competitors ko Gira raha hai. Have come here so v can grow together b happy n if me n my colleges r creating a darrar

between fans then it's not wort it."

In one single stroke, Salman Khan reiterated how the three Khans are friends and there is no way that social media can

break them. In the process, he also reiterated that how he respects them as well as their work as a colleague.

2. Do not engage in unhealthy competition
"Messed up fighting over yr hero's vit each other. make this journey beautiful, dint sign up fr this ugly twitter

war n not a part of it . See a lot of love n respect n happy to b here but then thr is a lot of die hard fans who r going

Salman pointed out that there are fans who engage in unhealthy social media wars in the name of stars. He urged them all

for all to grow.

3. Respect your work environment
"How rich in culture n respect v were. Kya ho gaya yaar. Itni nafrat Pyar mein kyun ? If any 1 who follows me

disrespect any of my faternity Continue it n I vil b off twitter. Came here to spread love, share sm thoughts hv fun vit

fans not for them to insult my fraternity. Hut"

Film industry is a small place and it has been built painstakingly over last 100 years. This is how a strong sense of

fraternity has also developed. In an environment that should be appreciated for all the love, care and affection it

brings along, there cannot be any place for insult or backstabbing.

4. Manage your time well
"Don't waste your time on these bakwass things . not important, important is that u r so busy that u don't have any

time for this rubbish I wld b the happiest man if u have no time to follow me, b on twitter, reply, etc n make your life

n b your own hero. Yeh Sab jhoul hai don't waste your time n energy on this stupid negativity or even the compliments, go

n make your own life n b happy. Kasaam se Wen I am absolutely free, I tweet n as soon as I tweet I see trending, retweets

Salman Khan has made an all-important note of how one needs to pick on priority activities and focus on that, instead of

engaging in petty conversations that are as useless as they can be. He is perhaps the first ever to suggest his millions

of fans to stay away from social media and visit it only in their spare time.

A nation grows when its people grow. And people grow when they work. And their work is most worthy when it is a

derivative of good productivity. In a simple statement, Salman has brought home the point that Management books teach you

Now this one is a given. Since the advent of social media, cuss words and profanities have been in vogue since never

before. It has become all the more prominent due to the anonymity of the platform available. Thankfully, Salman has come

out and questioned if this is the right thing at all?

7. Be proud of your self esteem
"Fan who is on a false identity using it to put another actor,friend colleague down ,is no fan of mine,don't

Look at yourself, own your growth, move ahead in life, and make yourself proud of your own worth. While Salman has gone

ahead and brought to fore these points, he also questioned why so many out there live in a world of false identities. Is

it a lack of self esteem? Point to ponder.

If you have an opinion, say it out loud, but do so with respect. Also, own your words while having a strong basis for

that. Don't use your position or platform to spray unwarranted litter.

9. Respect yourselves
"I vil not b on this social net work any more. Bus khallas, khatam, wanna follow me n want me to b here to Pyar

style, he would be better off on a sabbatical. This is where self respect comes into play, Beyond a point of educating

people, it is only self-respect worthy to take a brief retreat and see if there is any improvement demonstrated by people

who believe in you.

The whole messaging is brought to a polite culmination by bringing in a personal connect. This is where the standing of a

True Leader comes into picture as in one swift move, Salman establishes once again that all his words are 'direct dil se'

where he believes in him being everyone 'bhai' and is trying to inculcate some right virtues amongst folks.