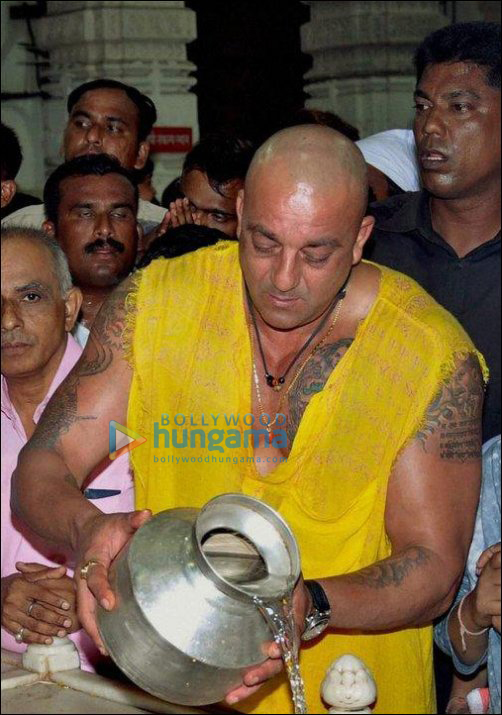 Sanjay Dutt is all set to shock his fans if his new, bald, beefed up look is anything to go by. This is the look the actor would be sporting in Karan Johar's remake of Agneepath. Dressed in a yellow coloured vest, Sanju baba was spotted at the Somnath temple praying to the Almighty.

An interesting aspect of his look is the many tattoos which he can be seen sporting. Sanju, as it is known, is reprising the role of the bad guy-Kancha Cheena, in the Agneepath remake. The film, which stars Hrithik Roshan and Priyanka Chopra, is being directed by newcomer Karan Malhotra.