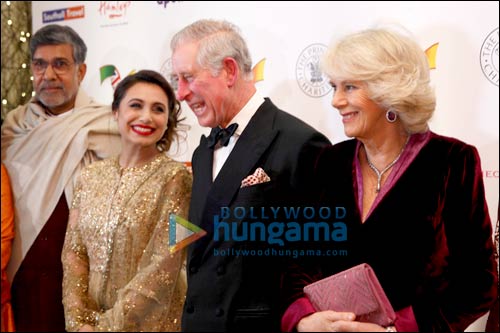 Rani Mukerji whose recent release Mardaani has been widely appreciated by critics and audience alike for its emphasis on human trafficking recently held its premiere in Poland. Post the premiere, Rani was invited to address the congregation at the British Asian Trust (BAT) Fundraiser Dinner where she was a guest of honour.

The BAT foundation that was set up by HRH the Prince of Wales, is an NGO that focuses on girl trafficking. At the gala that was held in London, Rani was not just the guest of honour, but in fact the actress even addressed the congregation and was felicitated too for her film that addressed the issue of child trafficking and created awareness on the subject in India. Apart from this Rani Mukerji even had a chance to meet Prince Charles and Camilla, Duchess of Cornwall.