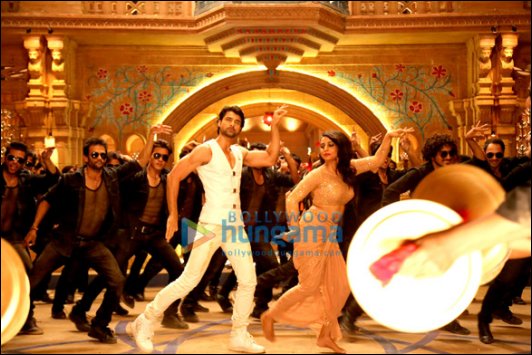 Earlier we had reported that choreographer Ganesh Acharya managed to rope in some of the biggest names in the industry to feature in a special dance video for his film Hey Bro. Now we hear that Acharya has roped in Mahie Gill for an item number in the film.

In fact the track 'Nach Meri Bulbul' will see Mahie Gill dancing along with Jhalak Dikhlaja fame dancer Hanif Hilal. A source close to the film says, "Ganesh ji thought Mahie would be perfect choice for the dance number as he's been quite impressed by her earlier dance number like 'Dont Touch My Body' from Bullet Raja. And when Mahie Gill was approached for the song, she immediately agreed to be part of the song!"

The film produced by Ganesh Acharya's wife Vidhi Acharya, will also see Ganesh acting in the movie. Directed by Ajay Chandhok also starring Maninder and Nupur Sharma in lead roles, Hey Bro is all set to release on February 27, 2015.