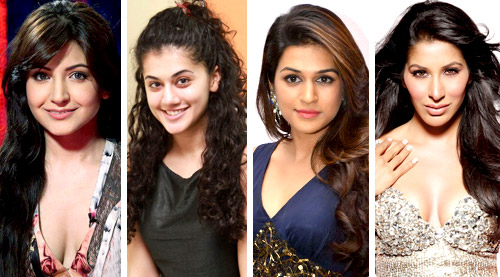 Next time when Virat Kohli scores a century during a World Cup cricket match, he would have to wave his bat at Anushka Sharma through camera lenses. Though it is a different matter that Anushka would herself be busy with the promotional activities of NH10 in India, the fact remains that with the Board of Control for Cricket (BCCI) making its intentions clear that wives and girlfriends (WAGS) won't be allowed to stay with Team India players during the World Cup, it has turned out to be a surprising decision, especially in today's liberal times.

Since the tournament would span 44 days, it would be a rather long stay away from the loved ones for the men in blue. We got talking to a few Bollywood folks about this.

"It totally doesn't make sense. It's sad that they (the Board) think the focus of our players is so low that it can get affected by their wifes or girlfriends being there. Neither are they Under-19 cricket team nor are they forced to play that they will get distracted so easily. And if the Boards fears are true, then better not have such a team at all in the first place," says Taapsee Pannu without mincing any words.

Shraddha Das, who was recently seen in Zid, has a different view though. She says, "I think a decision like this has its pros and cons. Being strict can either instill discipline or make someone want to break rules further. In this case, I think cricketers are mature adults who would definitely know their priorities. But then at the same time I have heard of instances where many players have been out partying till wee hours right before a match. So I think it's a very dicey situation."

When it comes to partying though, some out there wonder what's the big deal about it all. Young filmmaker Karan Darra, who recently debuted with his bold supernatural thriller Khamoshiyan, feels that a mature adult can take a call on when he wishes to work hard and then relax. He says, "Decisions like these should be entirely in the hands of the player. If it works for him then so be it. It's like a simple phrase that we have been saying for years - 'All work and no play makes Jack a dull boy'."

The virtue of 'play' is finding some diverse reactions too. Says Ayushmann Khurrana, "Well, some sports analysts and physios believe that it's the sexual energy which needs to be channelized before a physically enduring activity. I don't know how effectively it works, but there is this school of thought which is prevalent in the sports world."

Says Sophie Choudry, who recently celebrated her birthday over the weekend gone by, "I just believe that when it comes to sport, we should follow international norms. It has nothing to do with liberal times. It's more about standardization! In cricket and football globally, are wives and girlfriends allowed to share rooms? If so, it should be allowed in Team India too. If not, then even Team India should not allow it. At least then it would be fair for all! This decision should not be a cultural one, as much as sporting one."

Meera Chopra carries a different point of view though. She adds, "Players representing their national pride for a sport that is followed like religion are being encouraged to concentrate and focus on their game. So for me it's ok if they have to be away from their loved ones for the sake of the same game which has made them the heroes of the country."

Thankfully though, it is already being whispered that Board would allow a 'small window' to the wives. However, girlfriends will again have to stay separately.

"But then it's just being silly," says Esha Gupta, who is currently going 'Beparwah' with her special song and dance appearance in Baby, "That's interfering into their personal life. It's just not the matter of a team; if a player performs badly on the pitch then he is ruining even his career. Plus, for all you know, they play better with their partners around."

Aha, now who knows if this could indeed help the Indian cricket team that has hardly given any reason to their fans to cheer about in the last couple of months.