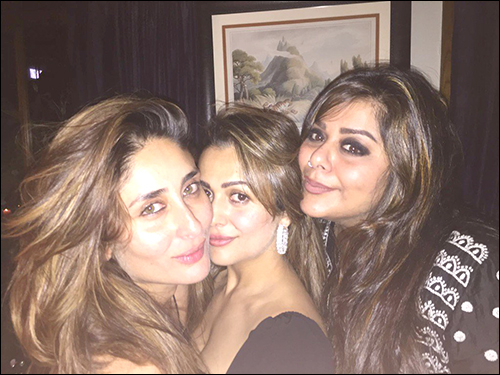 Kareena Kapoor Khan who is gearing up for her next release Ki & Ka that features her alongside Arjun Kapoor is certainly leaving no stone unturned in promoting the films. However the busy actress recently took time out to party with her friend Amrita Arora Ladak.

However what caught our eye was the totally deglam look the actress sported in the images that Amrita posted. Taking to twitter Amrita simply posted, "Soul sistas". Later Amrita added another image on her Instagram handle with a similar caption.

Back on the film front, Kareena will also be seen in the Abhishek Chaubey directed film Udta Punjab apart from R. Balki's Ki & Ka.