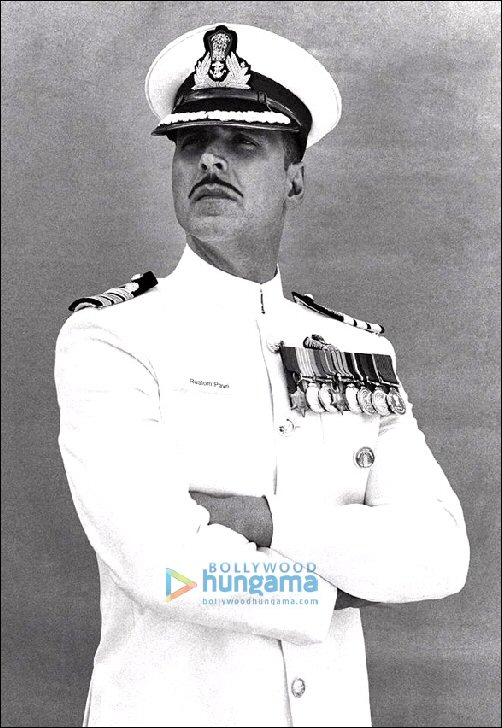 Akshay Kumar surprised this morning when on social media he shared his look as a highly decorated Navy Officer Rustom Pavri in the much awaited film Rustom. In Tinu Suresh Desai's film, he plays a Parsi character. For someone who is a huge fan of Parsis and has many friends and acquaintances in this social circle, Akshay truly believes that the community has made immense contribution to the Indian society.

Acknowledging them for being peace loving, Akshay mentions a few facts that he gathered basis messages that are circulating in the social media, "It's sheer coincidence and has further left me awestruck. As per the message, Parsis have never asked for a minority status or reservation, even though they form less than 0.1 per cent of the total population of our country. They have never destroyed public property or resorted to picketing. They are not threatened by Hindus, Muslims, Sikhs or Christians."

Further hailing the Paris, Akshay adds, "India is blessed to have prominent members of the community like Homi J Bhabha, JRD Tata, Ratan Tata, Zubin Mehta and countless others, who have contributed to the welfare and growth of the country, not to forget, put it on the world map."

Well, that's a fact indeed, and has left us amazed as well! Now here is looking forward to Akshay's act as Rustom in the much awaited Independence Day weekend.