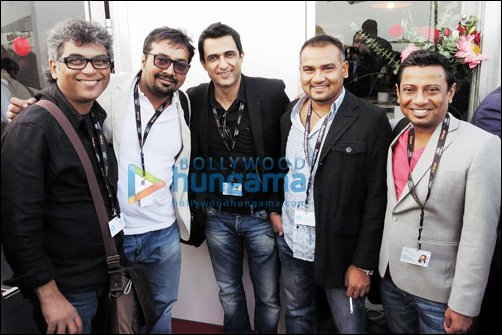 showcased at the festival this year.

Producer's Network as a part of the Indian contingent. They bonded big time at the festival.

be screened at the festival.

issue of female foeticide, was lauded with a standing ovation by the buyers and audience from around the world.

Anurag Kashyap's two-part revenge saga Gangs Of Wasseypur has also been selected as a part of The Directors' Fortnight, while his home

production, Vasan Bala's Peddlers has been selected in competition at the Critics' Week.