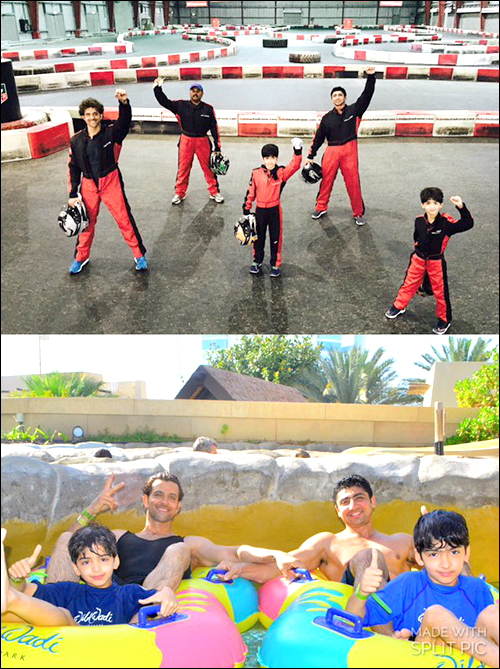 We all know that Hrithik Roshan is a doting father when it comes to pampering his kids. The actor, who found himself in the middle of a storm recently, however seems to be in a relaxing mood. In fact Hrithik took off to Dubai for a holiday with his sons.>

Tweeting of their holiday adventures there Hrithik Roshan added an image saying, "Wanna get rid of some of your fears? Try competing with 2 fearless kids!! #Whataday! #dubai #victory #hrx". By the looks of it the family indulged in some go karting before heading to a water park.

Back on the film front, Hrithik Roshan will next be seen in Ashutosh Gowariker's Mohenjo Daro alongside Pooja Hegde and later in Sanjay Gupta's Kaabil alongside Yami Gautam.