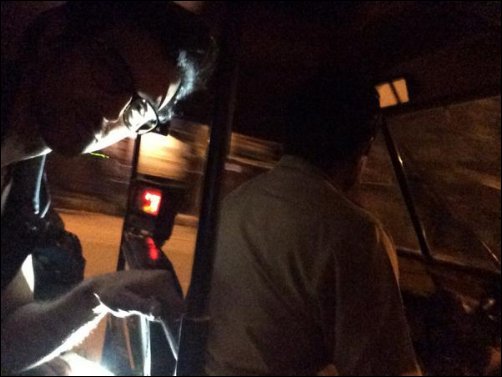 With action genre being his forte and looks of a Hollywood star, Hrithik Roshan seems to be on a new high with Bang Bang all set for release. After the massive success of his last film Krrish 3, this spy thriller has a lot of expectations attached to it. As Hrithik Roshan, gets busy with the promotions of his upcoming film, he was recently caught up in a fix at midnight in Mumbai.


It happened so, that Hrithik Roshan was returning to his residence at around 2.30 am this week and his car had a breakdown at the middle of the road, because of which the actor decided to take an auto his way back home. However, amidst Bollywood celebrities constantly desiring for privacy, Hrithik Roshan was left surprised when the auto rickshaw driver treated him like any other common passenger. Talking about the experience, Hrithik Roshan took to his Twitter handle stating, "Car bangbanged! Night time auto ride home! I love my city! Funny thing is d driver has still not recognised me! Fun."


Hrithik Roshan starrer Bang Bang is the official remake of Tom Cruise, Cameron Diaz starrer Knight and Day. Produced by Fox Star Studios and directed by Siddharth Anand, the film also stars Katrina Kaif and it is slated to release on October 2.