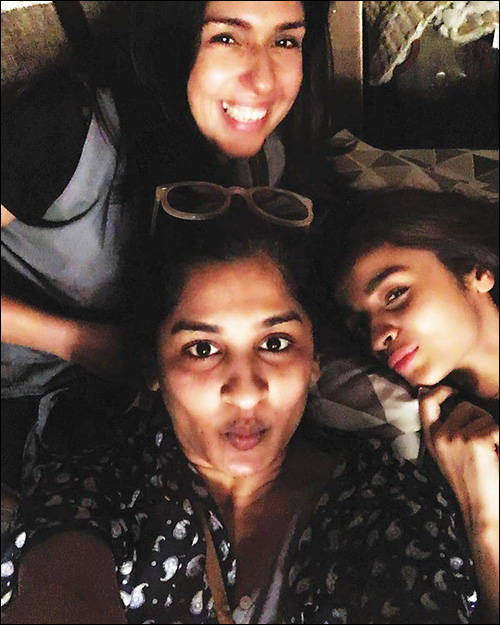 Gauri Shinde's first film English Vinglish went places even internationally and the director is all set for her next where she managed a casting coup of sorts by bringing together Alia Bhatt and Shah Rukh Khan. The film has now gone on floors and stylist and wife of filmmaker Homi Adajania, Anaita Shroff decided to announce about the untitled film on her Instagram page.

Anaita posted this selfie along with Gauri and Alia saying, "#workinggirls ! first day on #gaurishinde film with the delightful @aliaabhatt ! Thanks @karanjohar @lakshmilehr". There were several speculations about the film being a conventional yet matured love story, more so, because of the unique pairing of Alia Bhatt and Shah Rukh Khan. However, time and again, the director denied a romantic angle between the two but hasn't divulged any details about the story of the film.

Produced by Karan Johar under the banner of Dharma Productions along with Shah Rukh Khan's Red Chillies Entertainment, the untitled film is said to be about a free spirited girl whose life undergoes a change with the entry of an older man in her life.