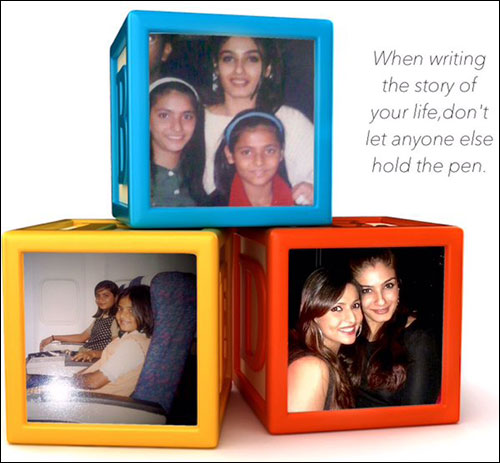 90s diva Raveena Tandon is all set to turn mother-in-law once again. She is currently busy with the wedding preparations of her second adopted daughter Chhaya in Goa. However, before taking off for the special day the doting mother posted about it on her Twitter handle.


Raveena Tandon, who is very active on social media, shared this beautiful picture, a collage of memories with her daughter Chhaya and said, "And time really flies....it's time to walk her down the aisle...." She further added, "Off to goa for my younger ones wedding...going to be a hulla gulla week...." It is being said that the wedding in goa will be performed as per Hindu and Catholic traditions since the groom hails from the same state.


Very few may be aware that Raveena Tandon adopted two daughters, namely Pooja and Chhaya in the 1990s even before she tied the knot with distributor Anil Thadani. While her first adopted daughter Pooja is already married, the 90s diva also has two kids with Anil Thadani, Rasha and Ranbir.