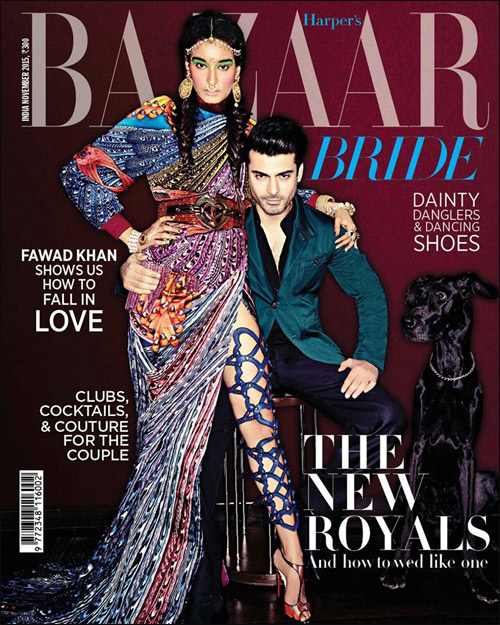 From a television star to a Bollywood celebrity, Fawad Khan has tasted success not just in his homeland Pakistan but also in India. Fawad, who started his journey in the entertainment industry as a singer, today has won accolades for his acting abilities and has even bagged endorsement deals. Now, he poses for the cover of Harper's Bazaar Bride's November issue.


Fawad Khan looks dapper in an Armani suit and is styled by Nupur Mehta Puri and Ana Bhatt. The actor, however, also poses with model Kanishta Dhankar who is seen in a colourful Manish Malhotra ensemble and Christian Louboutin heels along with heavy accessories. The magazine that focuses on Fawad Khan's life, his thoughts on love in 'Fawad Khan Shows Us How To Fall In Love', also features on different aspects of wedding ceremonies like cocktails, the couture for the couple, the trending jewellery and accessories among others.


On the Bollywood front, Fawad Khan will be seen in a cameo in Karan Johar's Ae Dil Hai Mushkil and he will also be playing the lead in Dharma Productions' Kapoor & Sons along with Sidharth Malhotra and Alia Bhatt.