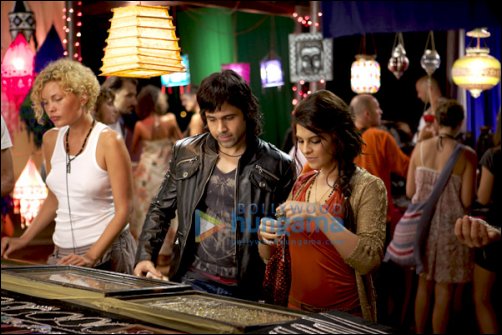 The last instalment of the film Murder set pulses racing with the steamy scenes between the lead pair Mallika Sherawat and Emraan Hashmi. Well, the sequel to the film Murder 2 is all set to beat the record with Jacqueline Fernandez (who replaces Mallika) going all out for the film.

Just recently, Jacqueline and Emraan were shooting in Goa for Murder 2, and could not resist shopping from the local flea markets. Apparently every time Mohit Suri would call 'cut', Jacqueline would make a bee line to the nearest market to pick up stuff.

Bollywood Hungama also has learnt that Murder 2 will also future the story of a serial killer in addition to the already talked about racy scenes between the new leading lady Jacqueline and Emraan. The film which is currently in the post production stages was shot in Goa around the Christmas and New Year, as they are the peak tourism season.


The serial killer in the film whose identity is being carefully guarded is said to be based on some real life facts like the Nithari killings in Noida and the gruesome deaths that happened in Goa not too long ago.

Now this is one thriller to look forward to.