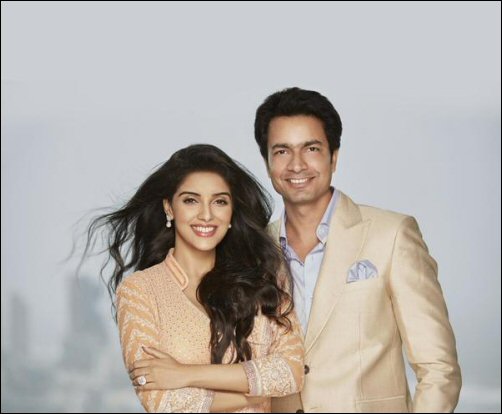 South actor turned Bollywood star Asin Thottumkal's personal life has always been under wraps. However, during the promotions of her recently released film All Is Well,

the actress got candid and shared that she will soon turn Mrs. Sharma after tying the knot with Micromax co-founder Rahul Sharma. Right after the announcement, there were rumours about the

businessman apparently proposing to the actress and now, we have Asin happily flaunting the ring.

For a recent photoshoot for a popular Malayalam magazine, Asin posed along with her fiancÃ© Rahul Sharma and was seen sporting a diamond ring. While she was wearing the Abu Jani - Sandeep Khosla

anarkali, Rahul was all suited up for the photoshoot. From what we hear, the businessman presented his to-be-wife, a 20 carat ring worth Rs. 6 crore in a Hollywood style proposal. It is also being

said that the piece of jewellery has their initials A (for Asin) and R (Rahul) engraved on it.

The actress has contributed a lot to South and Bollywood and it is being said that the actress will now take a break from the glamour and entertainment world once she marries. It has been learnt

that Asin will tie the knot by next year.

Here's what Kartik Aaryan has to say about…

Jaya Bachchan ran up the stage at Abu Jani…