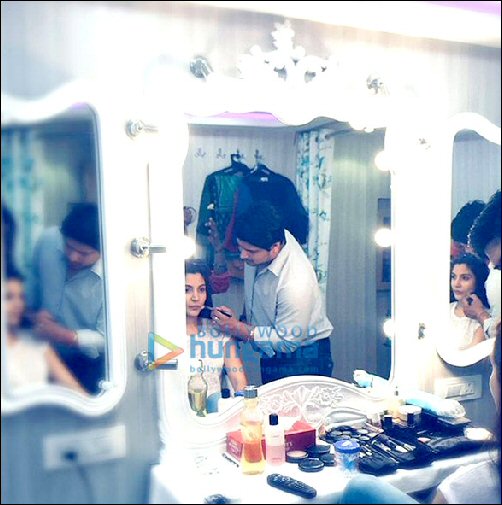 Amidst many speculations about the leading lady of Sultan, it was finally announced that Anushka Sharma has bagged the said role in the film. The actress who is apparently all set to have an action packed role gave us a glimpse of the preparations whilst she was gearing up to kick start the shoot schedule of Sultan.


Anushka Sharma recently shared this picture on the picture sharing networking site Instagram with a caption saying, "New beginnings . New start . New journey .. First day of shoot for #Sultan . Here we go !" The pairing of Salman Khan and Anushka Sharma has already generated enough curiousity considering that the two would be sharing screen space for the first time. The film has Salman Khan playing the titular role along with Anushka Sharma as wrestlers.


Directed by Ali Abbas Zafar and produced by Yash Raj Films, Sultan is slated to release in the month of July this year.