Last Updated 08.04.2020 | 10:48 PM IST
feedback language
follow us on
Home » News » Bollywood Features News » Check Out: Anjana Sukhani and Big B on the sets of Department 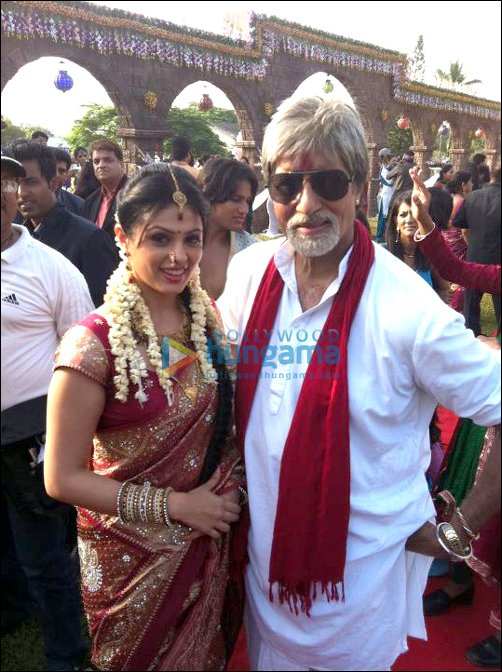 Anjana Sukhani who was last seen in Allah Ke Banday, is now shooting for RGV's Department. The pretty lass got to shoot a song and dance sequence with none other than Big B.

There were talks that her role was earlier offered to Kangna Ranaut, but Anjana who did
an item number in Ram Gopal Varma's controversial Telegu film Bezwada Rowdylu, impressed him with her performance in the song and bagged this role in Department. Anjana plays Rana Daggubati's wife in the film.

Anjana posted on the Facebook page, "Successfully completed the shot for the special song and dance sequence from my forthcoming film Department along with my fabulous co-stars - iconic Amitabh Bachchan, polite Sanjay Dutt, naughty Lakshmi Manchu, handsome Rana Daggubati and most importantly direction by the captain of the ship, the very talented Ram Gopal Varma."

Department is the story about three cops and the way they deal with a city when it encounters extra-constitutional actions.