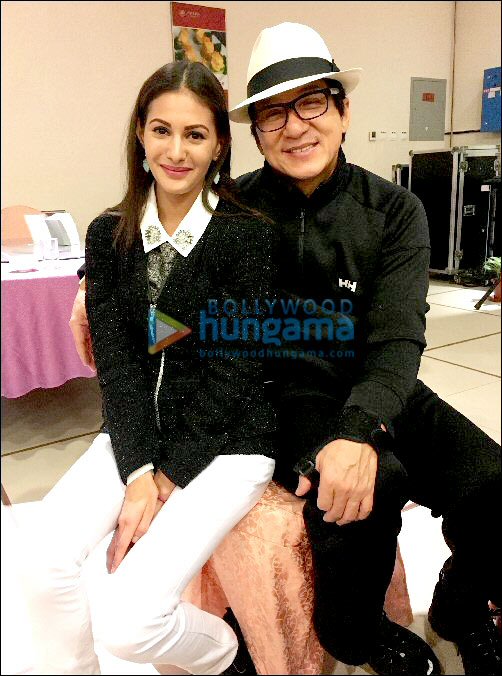 Amyra Dastur who made her debut in the forgettable film Issaq alongside Prateik Babbar, and was later seen in the Emraan Hashmi flick Mr. X that faced a similar fate as her debut at the box office has finally begun shooting for her next. In fact Amya will be seen in her first international project which is the Indo-Chinese venture Kung Fu Yoga that features Jackie Chan.


Currently in Beijing to shoot for Kung Fu Yoga, Amyra has started shooting with Jackie Chan. We hear the pretty actress has been training with Jackie Chan's trainer to get the right punches in the film. Talking about working with Jackie, Amyra said, "I am extremely delighted about the fact that I am getting an opportunity to work with Jackie Chan. I am having a great time working on this film. Jackie is the best when it comes to martial arts."


As for the film, Kung Fu Yoga is said to be an action adventure film directed by Stanley Tong featuring star Jackie Chan, Amyra Dastur, Aarif Rahman and Sonu Sood in lead roles.