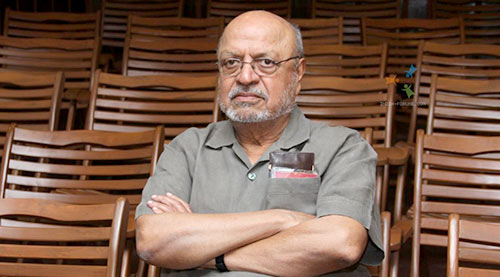 The eminent Shyam Benegal is no stranger to positions of responsibility within the film industry. He has now been appointed to head a panel which will provide recommendations

to better the working of the Censor Board Of Film Certification (CBFC). This was as an opportune time for Subhash K Jha to ask Shyam Babu about what ails the censor board.

The CBFC seems mired in controversies. No matter what it does, there is criticism. Your comments?

extremely diverse. You can't really categorize them and say; 'This is your audience' you can never tell. Also there is a gulf between the urban and non-urban, metropolitan and non-metropolitan

audience. The guidelines of the censor board are too rigid to be applied to this diverse audience.

So what is the solution?

There should be a basic guideline about whether a film has used obscenity in terms of speech, behaviour or gesture, or in terms of the situation created by the script. Now, whether these situations

So how does one determine whether the obscenity and violence are actually detrimental to society?

That is the problem. These are not things that one can sit down in judgement over, at least so easily. This is where we need to address the question of how much philosophical, psychological and

face of it, questionable. These are problems that have happened in the censor board even in the past.

What is your opinion on that, Sir?

Does the censor come in the way of your film or is it of any help? There may be themes and situations in films that could influence impressionable minds. It is up to the filmmaker to be mindful of

those situations. I'd rather that the filmmakers themselves exercise restraint in their expression. You cannot stop people from making the film they want to.

So the onus of censorship should be on the filmmakers?

It's a very difficult responsibility, because at the end of the day cinema is a commercial business. Audiences have to be drawn in to recover investment. It's a complex situation. But one thing is

for certain. The government is not going to get rid of the censor board any time soon. I personally think the need for a censor board shouldn't be there, particularly in a democracy. If we are

capable of changing governments on the basis of our votes, so we know what's good for us. Why can't we decide what is good for us to watch in the cinema?

I would rather have gradation rather than censorship whereby audiences are told that a film may not be suitable for someone below 16 or 18, that it may be suitable for a more mature audience.

Rather than using scissors audiences should be told that certain films with violence or sex may not be suitable for children. Why cut up a film? Britain allows its audience to make up its mind

about what to see. The idea of using scissors to cut up a filmmaker's work is a disturbing one.

Have you faced censorship issues with your films?

Oh yes. Nishant was cut. There was a scene of Anant Nag and a girl making love behind a tree. They wanted it cut so we cut it. Some filmmakers applied a strange logic to get their love

making scenes passed. They put so much of sex in a scene that even after the censor board cut it there was some left. It was sad and nonsensical logic. My Bhumika was snipped. In

Manthan there were two cuts. Otherwise they'd have given me an 'A' certificate. One cut was where Girish Karnard was explaining artificial insemination in cattle. These cuts never made any

sense to me. In recent years I've had no problems. Maybe because my recent films are more satirical.

But you accepted these cuts?

I wouldn't have. But my producers did. It was their money. And I didn't want any trouble. So I gave up.