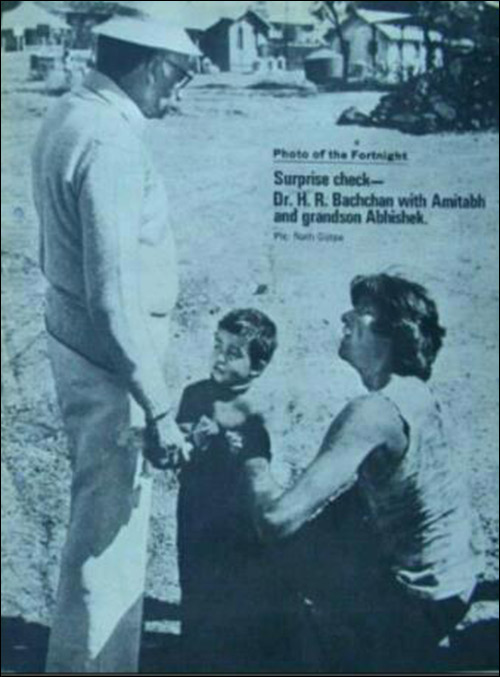 Amitabh Bachchan, who decided to move away from his father's Harivanshrai Bachchan's literature career in order to create an identity of his own, recently was reminiscing about the adorable moments he shared with his late father.

The megastar posted a picture on his Twitter handle, a rather nostalgic moment, wherein he is seen talking to his father, while holding his son Abhishek on the sets of his film Kaala Patthar. Talking about the picture, he said, "Three generations, one frame ... (on the sets of 'Kaala Pathar' in Pune, at Raj ji's farm)"