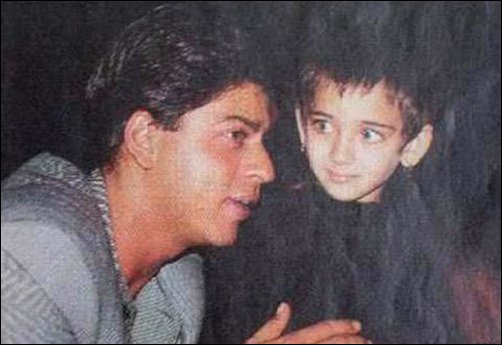 While often Bollywood is termed as a 'mutual admiration' society, there are many actors and actresses who have expressed their secret crush for others in the industry. Ranveer Singh has been very open about his liking towards Kareena Kapoor Khan, while Parineeti has spoken openly about her crush on Saif Ali Khan. The newbie Akshara Haasan, however, got nostalgic about her special moment with none other than the iconic Shah Rukh Khan.


The actress posted a childhood pictures of hers staring at Shah Rukh Khan, awestruck as he is busy talking to her. She tweeted about her fondness for the actor saying, "Me : what are you made of? Im so fascinated. @iamsrk always have been and always will be. :)".


Akshara Haasan, daughter of the South superstar Kamal Haasan and actress Sarika, made her Bollywood debut opposite Dhanush and Amitabh Bachchan in Shamitabh that released in February.