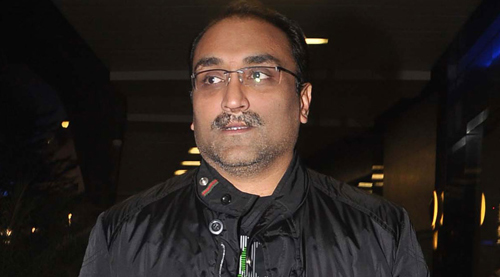 In what seems like a startling reversal of company policy, Yash Raj Films decided to show its latest film Detective Byomkesh Bakshy to the press one evening before its release.


It must be noted here that Yash Raj has never before been known to show any of their films to the press before the day of their film's release.


This flash-decision was taken by Yash Raj's head honcho Aditya Chopra on Wednesday following the alleged leak-out of the film's climax on YouTube.


However, director Dibakar Banerjee denies the leakage has any hand in the radical change in Yash Raj policy.


Says Dibakar, "When I heard that someone had shot something from during our shooting and put it up on YouTube, I panicked. Then I saw the leaked footage and I was cool. There is nothing to be alarmed about. My climax is a lot more than just a whodunit. I'd like to grant my cinema with more depth than what can be revealed in a secretly shot footage from a mobile phone."


Dibakar is dismayed by the trend of film spoilers on the internet. "Who knows who shot this footage and with what motive! But yes, we have suddenly decided to show the film to the press on the evening before release. It is a first for Yash Raj, I believe. It shows Adi's faith in the film."


Dibakar grants full marks to his producer for standing by his film. "Detective Byomkesh Bakshy couldn't have been made without Adi's vision and determination. Think about it. Byomkesh is an iconic detective figure that Bengalis revere and the country grew up reading .To put Byomkesh on screen requires a great deal of hindsight and acumen. Adi was with me on this right through."


Dibakar feels this is a do-or-die film for him. "It has the scale of a big commercial Yash Raj film. But it doesn't have songs, dances or item songs. It's a very complicated situation to be in. Detective Byomkesh Bakshy is my biggest challenge to date. It has to work."


On Thursday evening, when Yash Raj opened its studio for the first time to the media for a press show, Dibakar rushed in with a request to the media to not reveal the end in their reviews.


"The leaked video has done no damage to my film. But irresponsible reviews can harm the film. This is a film with a very complicated ending. I expect everyone to respect that," says Dibakar.