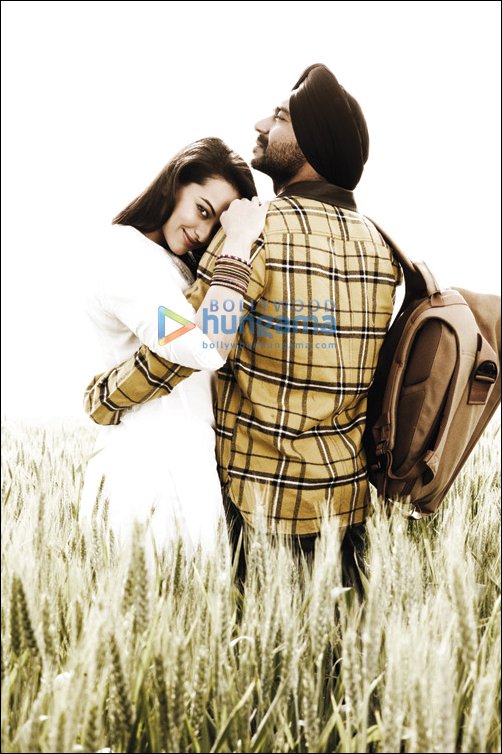 As the title of the film suggests Ajay Devgn and Sonakshi Sinha look like a complete Punjabi couple. In the film, Ajay sports the look of a Sardar with the beard and turban while Sonakshi will be seen in typical Punjabi attire wearing patiala suits.

Sanjay Dutt, whose bald look as Kancha in Agneepath became the talk of the town, will be seen in a completely different avatar in this film. Sanjay will be seen wearing a turban and sporting a moustache.

The film is directed by Ashwini Dhir is a remake of the Telugu film Maryada Ramanna and is about two warring Sardar families.

Son Of Sardaar is produced by Ajay Devgn and Viacom 18 and also stars Juhi Chawla opposite Sanjay Dutt.

"Make the most of these moments" - Anushka…

Here's what Sonakshi Sinha wants to do after…