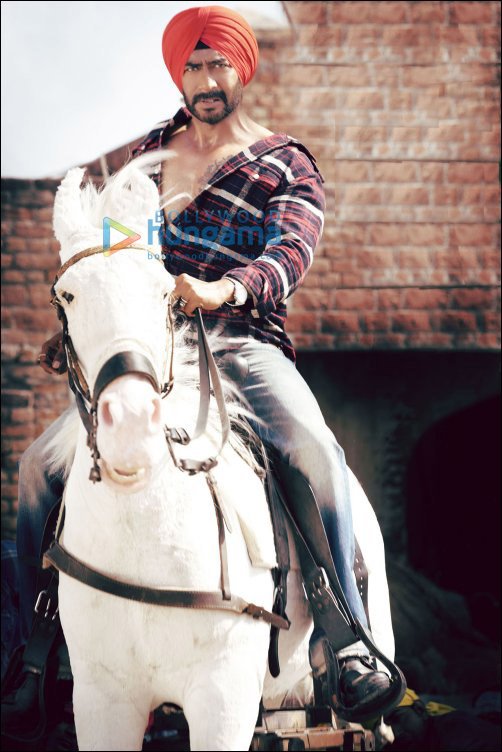 Post the success of Ajay Devgn's action film Singham, the actor has been busy with the shoot of his upcoming film Son Of Sardaar. This film which has been in the news for some time now stars Ajay, Sanjay Dutt, Sonakshi Sinha, Juhi Chawla and others and is directed by Ashwini Dhir.

Bollywood Hungama gives its surfers a sneak peak at Ajay's look in the film. The image shows Ajay at his macho best in Patiala on horseback, sporting a well groomed beard and a tightly wrapped turban. Son Of Sardaar promises to be a complete entertainer with never seen before festival fun and 'dhamaal' for audiences.

Son Of Sardaar is produced by Ajay Devgn Ffilms and Viacom 18 Motion Pictures and is slated for release on November 13, 2012.