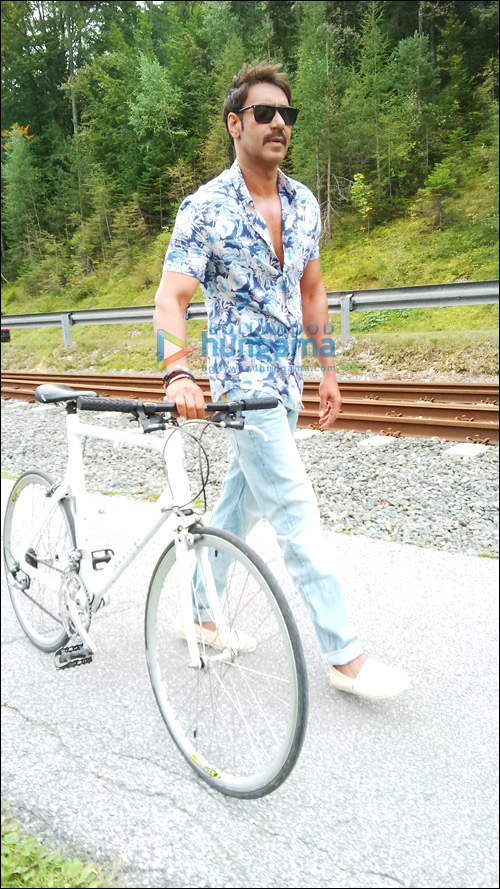 Ajay Devgn has been giving a lot of surprises in a good way to his audiences lately. Now we hear that the actor who was shooting in Austria recently for his forthcoming film Action Jackson used to go on cycling trips with his crew whenever he got sometime free.

A source close to the team confirmed, "A song sequence in the film required Ajay sir to ride on a bicycle. He enjoyed the ride so much because of the beautiful weather that he hired the cycle for the rest of the schedule and went exploring the nearby places. He would use the cycle to even come on the sets sometimes and would go on long cycling trips with his crew whenever there would be a break."

Action Jackson is an action comedy that will see filmmaker Prabhu Dheva collaborating with Ajay Devgn for the first time. The film also stars Yaami Gautam, Kunaal Roy Kapur and Rocky Verma in prominent roles. Produced by Gordhan Tanwani under the banner Baba Arts Limited Production, the film is slated to release on December 5, 2014.