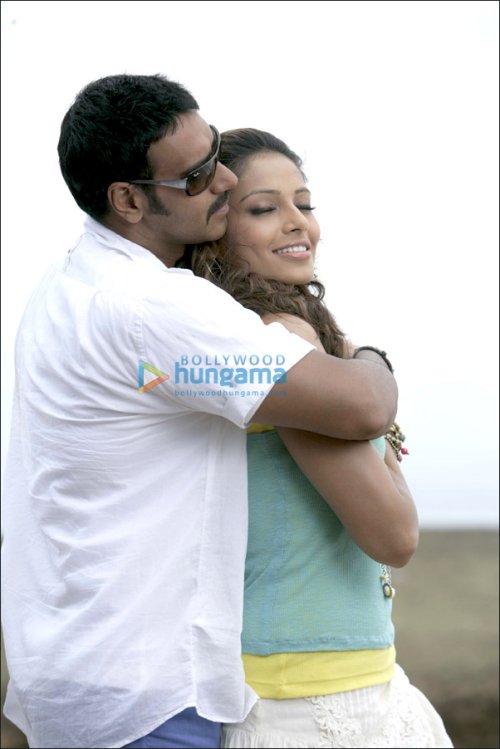 Priyadarshan's immediate next release is the comic caper Khatta Meetha starring Akshay Kumar. However post that film; Priyan would be back with the hard hitting Aakrosh starring Ajay Devgn, Bipasha Basu and Akshaye Khanna in lead roles. Bollywood Hungama brings you a still featuring Ajay and Bips from this eagerly awaited film.

Aakrosh is an action thriller about love across caste barriers and honour killing. Even though the film is set in Bihar, a lot of the film's portions have been shot down South in Kerala. The cast and crew also filmed some important scenes in Diu recently.

Ajay Devgn and Akshaye Khanna had created magic earlier when they starred together in Deewangee. It will be interesting to see if they can once again rock the Box Office with Aakrosh which is likely to release later this year.