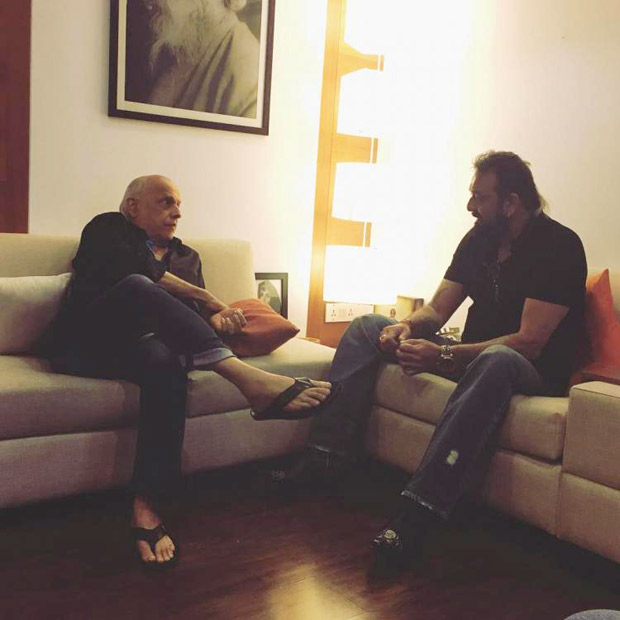 The era of 90s saw the maverick film maker Mahesh Bhatt and the hunky Sanjay Dutt joining hands to deliver quite a few memorable films. These films included Naam, Kabzaa, Sadak, Gumrah etc. While Mahesh Bhatt is not active as a director these days, Sanjay Dutt is all set to make his Bollywood comeback with Omung Kumar's Bhoomi.

Recently, Mahesh Bhatt’s daughter Pooja Bhatt posted a rather candid photograph of her father in conversation with Sanjay Dutt. Pooja Bhatt captioned the photograph as “The Bhatt & the Dutt! Can one ask for more? #MaheshBhatt #SanjayDutt #Sadak #nostalgia #then #now #evergreen”.

Readers may recall that, the trio of Mahesh Bhatt, Sanjay Dutt and Pooja Bhatt had come together to wave their magic in Sadak.

Meanwhile, Sanjay Dutt's next film Bhoomi will see the petite Aditi Rao Hydari, playing the role of Sanjay Dutt's daughter in the film.

“Why can’t we film folk clean up after we…

Farah Khan celebrates her birthday amidst…

The first look of Ajay Devgn from Bhuj – The…